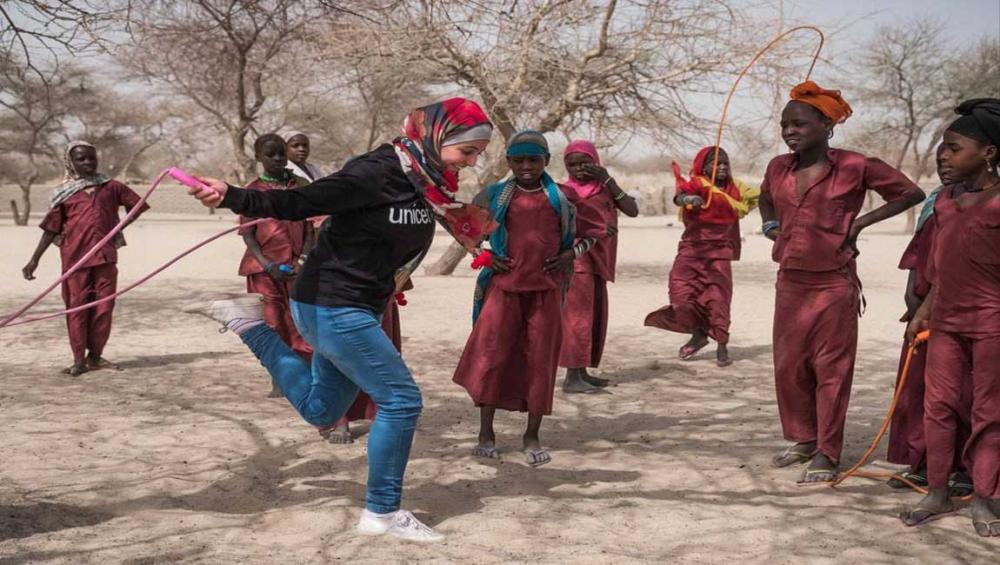 New York, June 19(Just Earth News): In a historic first, the United Nations Children's Fund (UNICEF) has appointed 19-year-old Muzoon Almellehan, who has been advocating for girls' education since fleeing war-torn Syria in 2013, as its newest – and youngest – Goodwill Ambassador.

“As a refugee, I saw what happens when children are forced into early marriage or manual labour – they lose out on education and they lose out on possibilities for the future,” said Almellehan, recalling that when she fled, the only belongings she was able to take with her were her school books.

“I am proud to be working with UNICEF to help give these children a voice and to get them into school,” she added.

Almellehan, is also the first person with an official refugee status to become an Ambassador for the UN agency. Since fleeing her homeland, she had been living in Jordan for three years, before being resettled in the United Kingdom.

In a news release on Monday, UNICEF noted that it was during her 19 months in the Za'atari camp (in Jordan) that she began advocating for children's access to education, particularly for girls.

“Muzoon's story of bravery and fortitude inspires us all,” said Justin Forsyth, Deputy Executive Director of UNICEF, in the release, adding: “We are very proud she will now become an Ambassador for UNICEF and children around the world.”

In April this year, Almellehan – dubbed 'the Malala of Syria' – travelled to areas affected by the Boko Haram conflict in the Lake Chad region where she met with children forced out of school due to the violence.

Since her return, Almellehan has been working to promote understanding of the challenges children affected and uprooted by conflict face in accessing education, noted the UN agency.

Since 2010, less than 2 per cent of humanitarian funding has been spent on education. At present, some $8.5 billion are needed annually to close this widening gap.