Geopolitics
Education
Attacks on education during times of conflict must stop: UN chief 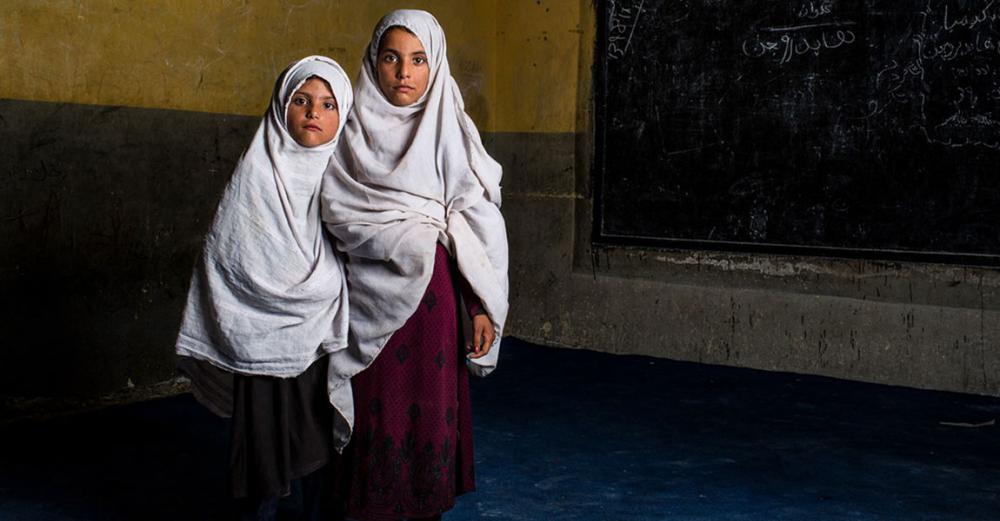 Two sisters who lost their brother in an IED attack at their school, pose for a photo at the school in Nangarhar province, Afghanistan. : UNICEF/Marko Kokic

New York: Education is a fundamental human right and an essential driver for peace and development, yet armed attacks targeting teachers, students and education facilities are on the rise, with some 11,000 incidents reported between 2015 and 2019, the UN Secretary-General said on Wednesday.

António Guterres shared the startling figure in an address to mark the first observance of the International Day to Protect Education from Attack.

In the last 5 years, more than 22,000 students, teachers & academics were harmed or killed during armed conflict or insecurity.

This is abhorrent & unacceptable.

“In addition to depriving millions of vulnerable learners from accessing education, this violence has serious adverse effects, including increased drop-out rates, prolonged educational disruption, child recruitment into armed groups, early pregnancy and sexual violence”, he stated, adding “These attacks simply must not continue.”

‘Military occupation’ of the playground

The President of the UN General Assembly outlined the magnitude of the problem, noting that most incidents involve direct attacks on schools, including arson, ground and airstrikes, raids, looting and use of explosive devices.

“We are witnessing the military occupation of schools which causes the campus to lose civilian status, thus facing threats of attack as a lawful military target”, said Tijjani Muhammad-Bande.

Though he was able to complete his studies, Faisal Nor Ali, a social worker in Somalia, experienced first-hand the devastation caused by an attack on a school facility.

“I have witnessed fellow students jump out of school buildings in fear of attacks and violence”, he said. “We must commit to making classrooms a safe space where learners can flourish and look to a bright future.”

The UN Secretary-General underlined that governments must ensure that everyone can continue to learn, even during times of conflict.

While more than 100 countries have endorsed a Safe Schools Declaration, Mr. Guterres insisted that more action is needed.

“I urge all United Nations Member States to ensure the provision of education for all, even in times of conflict, and particularly for the most vulnerable, such as refugees and displaced persons”, he stated.

Furthermore, he said education must also be a force to prevent attacks.  To that end, the UN has been using education as a tool to counter violent extremism.

â€¯“We are helping young people rise above radical messages to build more peaceful societies,” Mr. Guterres continued.  “By giving them more autonomy and raising awareness of human rights, we are building the foundations of durable peace.”

Additionally, governments must also work to improve knowledge about attacks on education through enhanced monitoring, reporting and investigation so that perpetrators can be brought to justice.â€¯

Learning from the pandemic

With the COVID-19 pandemic exposing inequalities and injustices, the UN chief emphasized that recovery must prove to be an opportunity to build a better world.

â€¯“The pandemic has shed an important light on the fault lines running through our societies.â€¯ One of these is unequal access to education”, he said. â€¯

â€¯ “As we work to achieve the Sustainable Development Goals (SDGs) over the coming decade, we must ensure no one is left behind. â€¯For that, we need quality education for all, and safe places for students to learn.”â€¯