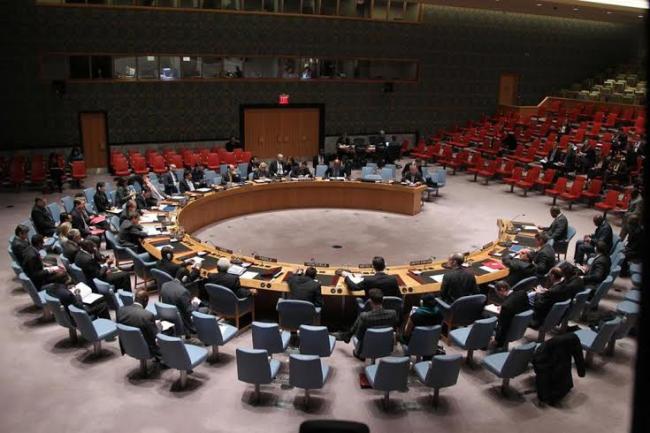 New York, Jul 30 (JEN): The Security Council on Wednesday extended for another year the United Nations Assistance Mission in Iraq (UNAMI) and expressed its intention to review the operationâ€™s mandate in 12 months or sooner, if requested by the Iraqi Government.

Adopting a resolution, the Council extended UNAMI’s mandate through 31 July 2016, and, in line with the recommendations in the Secretary-General’s latest report to revise and prioritize the Mission’s tasks, requested the UN chief, in full consultations with the Iraqi Government, to report back with further details within the next 90 days. In the report, the Secretary-General describes a UN strategic assessment mission conducted from 21 to 29 April.

Based on an overview of the current situation in Iraq as a point of departure, as well as extensive consultation with the Iraqi authorities and key national and international partners on the ground, the strategic assessment mission report endeavoured to look beyond the current crisis and to provide recommendations for UN strategy and configuration in Iraq in the next several years.

The Secretary-General noted that while the current mandate of UNAMI would benefit from some streamlining, any changes to the mandate be made in full consultation with the Iraqi Government in order to complement its priorities.
To that end, his recommendations included, among others, for UNAMI to maintain its focus on political good offices, as well as to facilitate humanitarian assistance, enhance mission activities in human rights and the rule of law and play a support role in specialized areas such as electoral assistance, and stabilization activities in areas liberated from the Islamic State in Iraq and the Levant (ISIL).

In the resolution adopted today, the Security Council noted that the presence of ISIL on Iraq’s territory is “a major threat” to the country’s future, and underscored that the only way to address such a threat is for all Iraqis to work together by addressing both security and political concerns.
The long-term solution to instability, the Council stressed, will require Iraq’s political leadership to make decisions that will united the country. The Council emphasized the support of the international community in this regard.