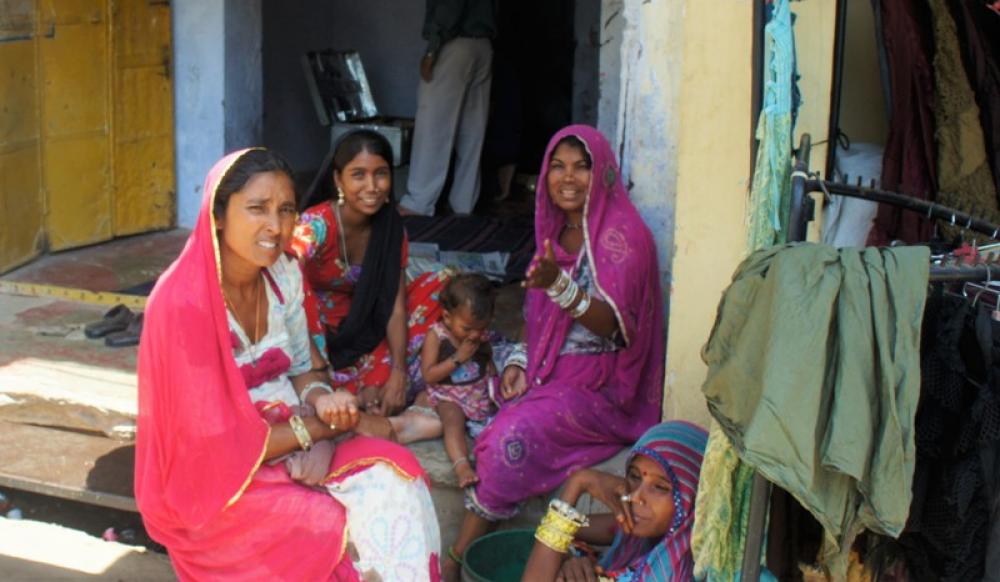 New Delhi: Outrage and distrust followed a report by Thomson Reuters Foundation which in a survey- admittedly based on perception and not scientific data- ranked India as the worst place for women facing sexual violence.

In the survey in which India has been placed above nations with reputations of being unfavourable for women, is simply implausible, said a cross section of men and women interviewed by Just Earth News.

While everyone admitted that safety of women is a real concern in India, they dubbed as biased and flawed the report which shows India as the world's most dangerous country for a woman to live in.

Together, these countries make the top 10 in the aforementioned order.

While a few have started shaming the Indian government over the undesirable result, many have questioned the validity of the report.

Annie Banerji, one of the authors of the stories from Thomson Reuters Foundation based on the report, told Just Earth News that it was based on 'perception' and not hard data.

"The survey is not data-driven, it is rather a perception based one," she agreed.

India's National Commission for Women, whose chief has been quoted in the article based on the survey, has rejected the report.

The Commission rejects the survey in question. For a nation as big as India, with a population of approximately 1.3 billion, the sample size of the survey is not representative of the country as a whole," a statement from the NCW said.

While  National Commission for Women (NCW) junked it, many asked "how can you actually publish a report and tag a country as the world's worst in any category, let alone women safety, based on your perception?"

Former NCW chairperson Lalitha Kumaramangalam told CNN IBN: "I would say, this report by Thomson Reuters Foundation should be rubbished. It’s not based on facts, which, even Reuters has confessed."

Banerji, however, pointed out on a TV show the fact that it was not just her perception alone, but she took help from 500 odd 'experts' to come up with the report.

When asked, who they were, Thomson Reuters Foundation said the names cannot be cited because of the confidentiality clause.

Rahul was quick to tweet, "While our PM tiptoes around his garden making Yoga videos, India leads Afghanistan, Syria & Saudi Arabia in rape & violence against women. What a shame for our country!"

While Rahul exercised his right to speech in the very matter, a fellow Twitter user pointed out that perhaps it wasn't the best of times for the Congress President to politicise the issue.

Interestingly, the time India hit the global headlines for a horrific and fatal gangrape of a paramedical student in a bus in 2012 was when the Congress government was in power.

So this agency decides on the basis of 548 ppl that a country of 133 crore ppl is unsafe for women!What a crap! And shame on u Mr.Gandhi that you’re supporting this BS survey!India is not BJP or congress!It’s your country too! You shld hv condemned it instead of politicising it! https://t.co/b1X7HbFVlL

"So this agency decides on the basis of 548 ppl that a country of 133 crore ppl is unsafe for women!What a crap! And shame on u Mr.Gandhi that you’re supporting this BS survey!India is not BJP or congress!It’s your country too! You shld hv condemned it instead of politicising it!" (sic) said Nisha

Amit Malviya, the information and technology in-charge of India's ruling party, Bharatiya Janata Party, asked Rahul what his stake was in belittling India.

Perception of 548 anonymous individuals is being used to brand India as a country unsafe for women notwithstanding data. I can imagine that Thomson Reuters may have an agenda but what is Rahul Gandhi’s stake in belittling India? https://t.co/aGOkAYXdC6

"Perception of 548 anonymous individuals is being used to brand India as a country unsafe for women notwithstanding data. I can imagine that Thomson Reuters may have an agenda but what is Rahul Gandhi’s stake in belittling India?," he tweeted.

According to The Male Factor website, the survey is outdated.

TRF too agreed that it is a "repeat of a 2011 poll that found Afghanistan, Democratic Republic of Congo, Pakistan, India and Somalia were seen as the most dangerous countries for women".

Making opaque references of rape and workplace harassment, the survey does little to put out figures and in places where it does, the sources mostly lack credibility.

Countries like South Africa, which records rapes in tens of thousands, over 40 percent of which are committed against children, surprisingly does not make the list.

In a piece for SA Promo Magazine, author Jeanine Walker a year ago quoted a report published by Institute of Race Ralations (IRR) as saying, "According to police records, 315,561 women reported being raped or sexually assaulted over the past decade. The data is certainly an undercount as many women are too afraid to report rapes."

“Unfortunately, there is no reliable data on rape reporting rates although a series of dated and localised studies have suggested that reporting rates may be lower than 20%. If reporting rates are indeed that low it is quite possible that more than 1 million adult women have been raped or sexually assaulted over the past decade,” the report said. 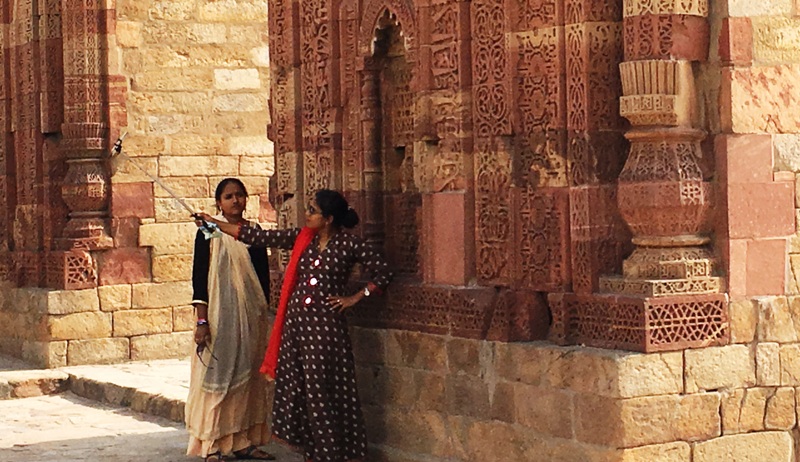 Image: An Indian woman in capital New Delhi taking a selfie in the complex of Kutub Minar

While many are also of the view that India should take note of the problem, even some scholars on women's issue think the survey is superficial.

In The Print website, a feminist scholar at Delhi’s Jawaharlal Nehru University, Nivedita Menon, said; “If people are simply going to judge countries on the basis of not having visited them, it is possible that countries where there is not much media reportage… don’t really figure in the map of people who are looking at violence against women. This is obviously a very superficial survey.'

Earlier this year, a survey conducted by LocalCircles, which surveyed nearly 16,000 respondents, found "37 percent of Indians think that the rate of crime against women has gone up while 50 percent of them said the situation is same" as it was in the past or since 2012 when the "Nirbhaya" rape incident (the victim who died from the fatal injuries of the rape and brutalization by several men inside a bus was later named NIrbhaya meaning Fearless) occurred and violence against women became a national issue sparking protests and tougher laws to protect women.

Thank you for your interest in our annual perception poll. As we have clearly stated from the outset, it is a survey entirely based on expert opinion. Official data is often unavailable - or out of date - on women-related issues in many countries. Perception polls are not meant to replace official data, but to complement this data with a snapshot of a situation at a given time – in this case March and April 2018. Experts who know the situation on the ground can offer valuable insight that such data doesn’t always show.

All respondents work in the field of women’s issues – a range of aid and development professionals, academics, health workers, policymakers, non-government organisation workers, journalists and social commentators. The list was compiled from a database of women’s rights experts built by the Thomson Reuters Foundation team.

We did not weight careers. All experts were given an assurance that their answers would be confidential to allow total honesty.

In total 759 experts accessed the survey between March 26 and May 4. The findings are based on 548 full responses to the seven questions. We did not use partial responses. The number of respondents who consider themselves experts on India was 101. Of those, 53 live in India.

Our methodology is available on our poll website. We cannot release the raw data, as the formula used to determine the final score of each country is proprietary. The methodology, ranking and results was produced in collaboration by third party experts Thomson Reuters Labs. The Thomson Reuters Foundation is a separate legal entity from Thomson Reuters, and independent.