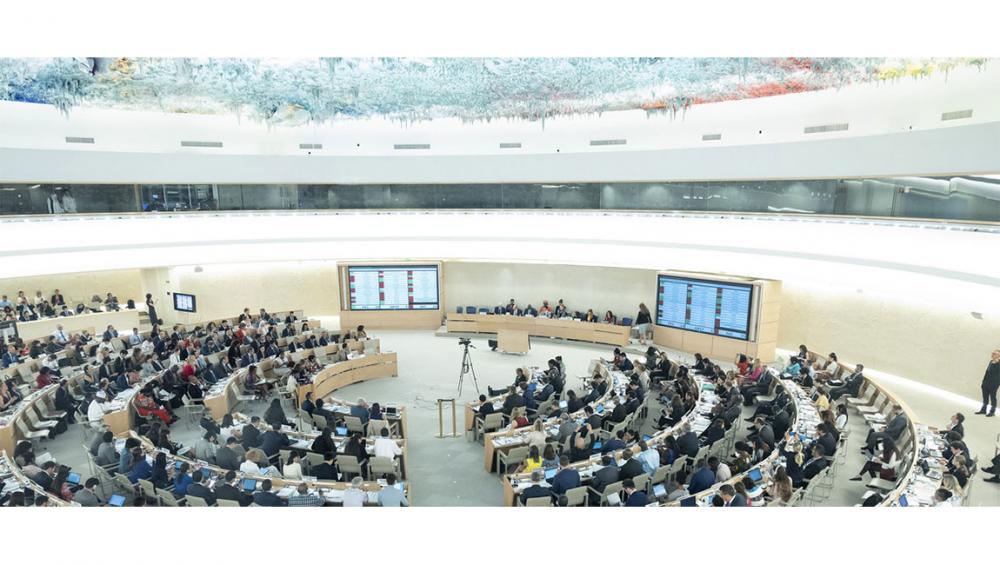 New York, July 13 (JEN): The 41st session of the United Nations Human Rights Council ended on Friday with measures taken to address worrying developments in Eritrea, Syria and the Philippines, along with other issues of global concern, such as violence and discrimination against the LGBTI community.

Out of a total of 26 resolutions approved by the 47-Member body – six country-specific, 20 thematic texts – States tackled numerous thorny topics, including reports about the grave situation of human rights across Syria.

In a vote adopted by 26 votes to seven with 14 abstentions, the 11-page resolution highlighted that 11.7 million people in the war-torn country remain in need of “full, timely, immediate, unhindered and safe humanitarian assistance”.

Sponsored by several European Union countries, along with Kuwait, Qatar and Turkey, the text expressed concern for ongoing fighting in Syria’s north-west, adding that more than five million Syrians have “particularly acute” needs and over one million people remain in hard-to-reach areas “where freedom of movement, access to humanitarian aid and services remain very restricted”.

Philippines ‘war on drugs’ in spotlight

The Geneva-based body also urged the Philippines Government to do more to prevent extrajudicial killings, linked to its campaign against illegal drug use.

After a vote, the Council adopted a resolution expressing concern that since President Rodrigo Duterte announced his so-called war on drugs in 2016, there have been allegations that thousands of people involved with the drug trade and drug use have been killed.

The resolution – adopted on Thursday by 18 votes in favour to 14 against, with 15 abstentions – also appealed to the authorities to investigate the deaths and to hold perpetrators accountable.

It also called on the Philippines Government to cooperate with the Office of the High Commissioner for Human Rights (OHCHR) by facilitating country visits and “refraining from all acts of intimidation or retaliation” against rights experts.

On Eritrea, after hearing from UN-appointed Special Rapporteur Daniela Kravetz that the authorities “have not yet engaged in domestic reforms and the human rights situation remains unchanged”, Council Member States also voted to extend her mandate by another year.

This was notwithstanding progress made by Eritrea towards a sustainable peace with Ethiopia after its nearly 20-year border conflict, Kravetz told the Council, which adopted its resolution on Thursday by 21 votes in favour, 13 against and 13 abstaining.

After supporting action to end violence against women and girls in the workplace – reflecting the 41st session’s decision to focus on women’s rights over the course of a two-day debate - the Council then agreed to tackle violence and discrimination based on sexual orientation and gender identity by adopting a text with 27 votes in favour, 12 against and seven abstentions.

The resolution, sponsored by Latin American States, extends the mandate of the UN-appointed Independent Expert, Victor Madrigal-Borloz. A Costa-Rican national, he is tasked with investigating attacks on lesbian, gay, bisexual, trans, intersex and gender diverse individuals, bolstered by the resolution’s call for all Governments to cooperate with and assist him in his work.

In addition to the Council’s 26 resolutions, voted on at the end of the three-week session, Member States heard reports and updates from UN-appointed experts on rights abuses in Burundi, Central African Republic, the Kasais region in the Democratic Republic of the Congo, Myanmar, Nicaragua, Sudan and Venezuela.

Among the discussions, Member States also heard from the Special Rapporteur on extrajudicial, summary or arbitrary killings, Agnes Callamard, who published her full report into the killing of Saudi dissident journalist Jamal Khashoggi.

Maintaining that the killing last October of Khashoggi at the Saudi consulate in Istanbul “was overseen, planned and endorsed by high-level officials”, Callamard noted that although it had led to “numerous theories…none alters the responsibility of the Saudi Arabia State”.