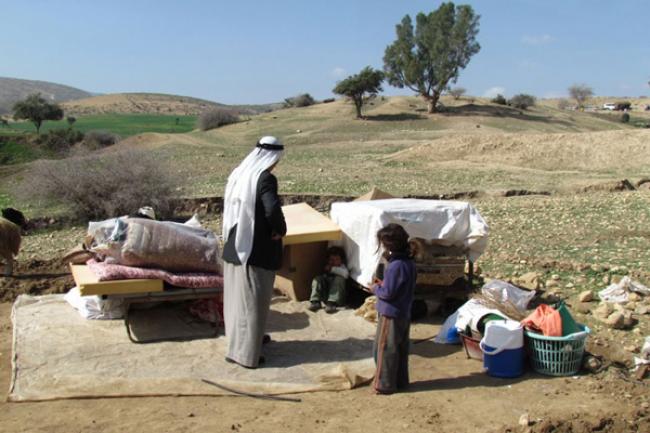 New York, Dec 5 (JEN):The “punitive demolition” of Palestinian homes by Israeli authorities is a violation of the most basic human rights and risks destabilizing an already delicate security situation in the contested region, a senior United Nations relief official on Thursday said on Thursday as he implored Israel to halt the destructive practice.

“Punitive demolitions are a form of collective penalty that punishes people for acts they did not commit,” UN Humanitarian Coordinator, James W. Rawley declared in a press release. “They render innocent people homeless. The impact on children, women and the elderly is particularly devastating.” There has been a surge in the use of punitive demolitions by the Government of Israel following a fresh uptick in tensions and deadly violence across Israel and the Occupied Palestinian Territories. Most recently, the East Jerusalem home of Abd al-Rahman al-Shaludi, a Palestinian man accused of committing a car attack in Jerusalem that claimed the lives of a 22 year-old woman and a three-month old child, was demolished on 19 November – an act which garnered UN criticism. Israeli authorities have also slated at least six other homes of Palestinian suspects located in East Jerusalem, Askar refugee camp, and Hebron, for demolition or sealing – the practice of completely or partially closing off the rooms of a home with concrete or metal sheeting, prohibiting family members from accessing their homes, at times indefinitely. Meanwhile, following a recent deadly attack against a Jerusalem synagogue, a number of other house demolitions are reportedly being prepared. Between 1 June and 30 November 2014, punitive demolitions have resulted in the displacement of 34 Palestinians, including 16 children. Another six families, including four in East Jerusalem and two in other parts of the West Bank, are at imminent risk of displacement. “Punitive demolitions must stop,”  Rawley continued. “They contravene international law and risk undermining the already fragile situation. Human rights violations are not only a symptom of the continued conflict here; they contribute to it.” Last week, two UN human rights experts similarly exhorted the Israeli authorities to stop the demolitions, warning that an upsurge in the practice would only add to a sense of collective frustration and despair and sow the seeds of more hatred and violence for the future. In addition, punitive demolitions run counter to a range of rights and protections outlined in various international legal instruments that Israel has accepted, the Office of the UN Special Coordinator for the Middle East Peace Process has noted. These include the prohibition on the destruction of private property in an occupied territory, the absolute ban on collective penalties, and the rights to fair trial and due process and to adequate housing.