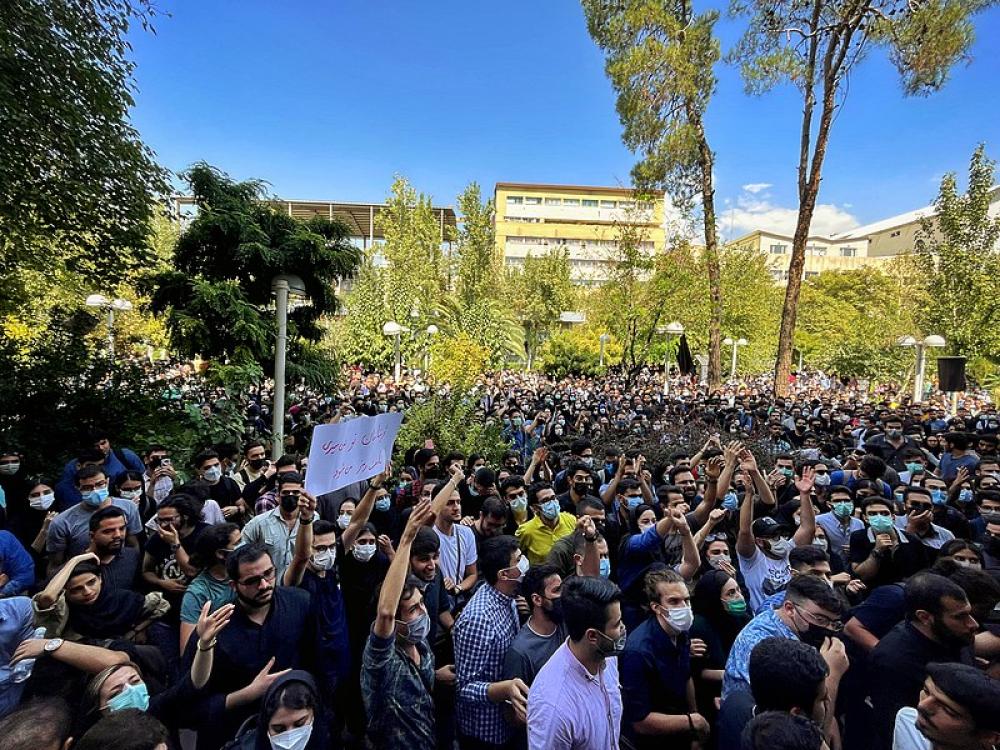 Tehran: At least three people were killed as they protested in different parts of Iran over the death of a woman in custody for breaking hijab laws.

Esmail Zarei Kousha, the governor of the northwestern Kurdistan province, told reporters on Tuesday that three people died “suspiciously” during “illegal protests” in recent days, according to state-affiliated media as quoted by Al Jazeera.

“Investigations have shown that these people were shot and killed by those working against the establishment and with firearms that are not employed by any tiers of security or law enforcement forces in the province,” he was quoted as saying by the news channel.

Meanwhile, protests, where women are participating in large numbers, have now reached different towns in the country.

Protests have been taking place over the death of the woman, who was identified as Mahsa Amini, for five successive days now.

Mahsa Amini died after she was arrested for “improper hijab” and allegedly beaten up by the Islamic Republic’s “morality” police, media reports said on Saturday.

The Islamic Republic’s police told Iranian media that Amini suffered a heart attack while detained by morality police, denying reports that she had been beaten, reports Iran International.

Iran International reported it has learned that Amini was not feeling well and had symptoms similar to concussion when she was taken to the Vozara detention center, where the morality police take all those arrested across the capital Tehran.

According to reports, the young girl – originally from Saqqez in Kurdistan province -- was visiting her relatives with her family in Tehran when she was arrested on Tuesday evening by hijab enforcement officers, the news portal reported.