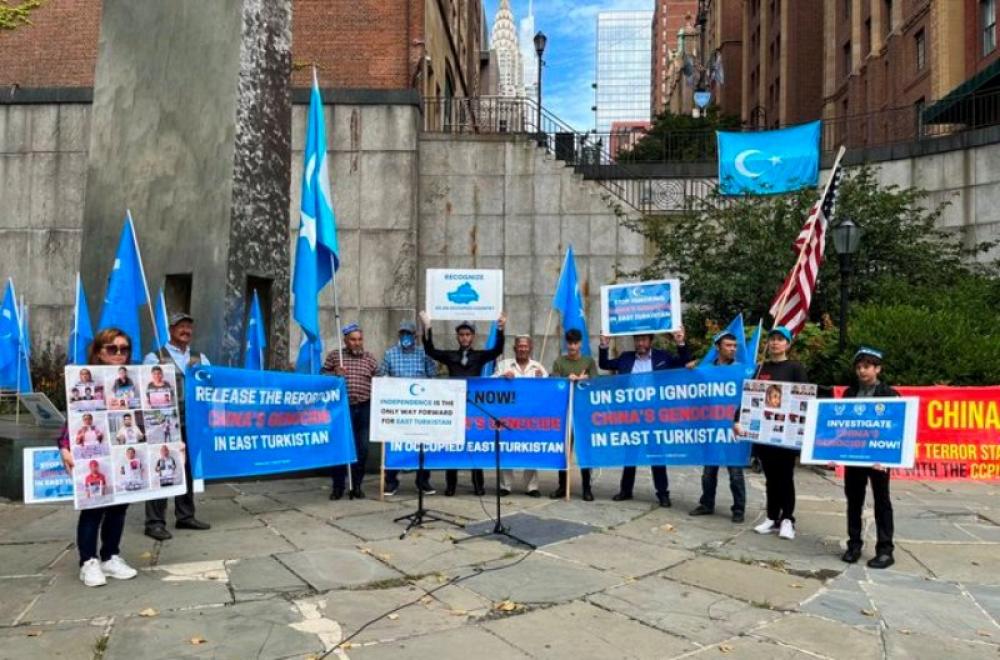 New York: The East Turkistan Government in Exile, the East Turkistan National Awakening Movement, and the Free Kazakhs Organization participated in a demonstration  at the United Nations headquarters on Tuesday to highlight China's atrocities against Uyghur community members.

The protesters demanded the UN to release its report on China’s ongoing genocide against Uyghurs and other Turkic peoples, according to the statement released by East Turkistan Government in Exile, reports ANI.

This protest came after the reports came that China was pressuring the UN human rights chief Michelle Bachelet to bury a highly anticipated report on China’s atrocities against Uyghurs and other Turkic peoples in East Turkistan.

“We call on the UN and its member states to not allow China to manipulate the UN system,” said Prime Minister Salih Hudayar of the East Turkistan Government in Exile in a statement in front of the UN Headquarters in New York as quoted by ANI.

According to the statement, the Chinese government had started its whole campaign of genocide targeting Uyghurs, Kazakhs, Kyrgyz, and other Turkic peoples following Xi Jinping’s visit to East Turkistan in May 2014.

Uyghurs and Kazakhs, including concentration camp survivors, led by @ETExileGov and @ETAwakening protested in front of the @UN Headquarters in New York demanding that the @UNHumanRights immediately release its report on China’s ongoing genocide in Occupied East Turkistan. pic.twitter.com/8kmqbwbL5k