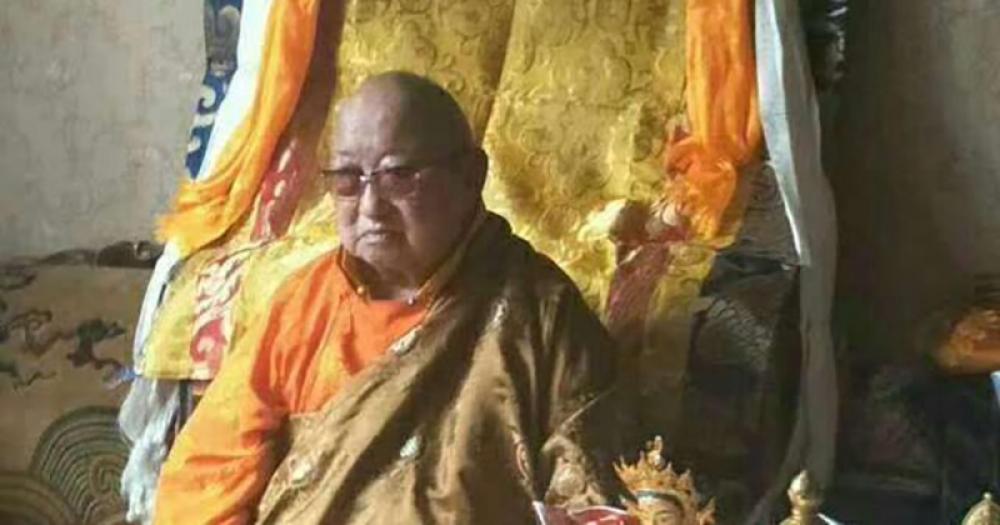 Despite draconian controls on the flow of information between Tibet and the outside world, word recently emerged of the death of an 86-year-old lama named Tulku Dawa in Lhasa, and attempts by the Chinese government to keep it secret.

Tulku Dawa had been arrested in May 2010 at his monastery, Shag Rongbo, in the Nagchu Municipality of northern Tibet, bordering Driru county, where protests erupted in late 2013 and were ruthlessly suppressed.

Officials accused him of seeking guidance from the exiled Dalai Lama – leader of the Gelukpa school to which Shag Rongbo belongs – in selecting the reincarnation of the Rongpo Chöje, the monastery’s chief lama. An onerous political reeducation campaign was imposed on the monastery, leading to expulsions and the suicide of an elderly monk.

Tulku Dawa was reportedly sentenced to seven years in prison, and banned from ever returning to the monastery.

About 50 people were arrested, many of the monks fled, and the authorities closed down the monastery.

Regional political leaders reopened it a few weeks later and oversaw the enthronement of the Chinese government’s candidate as the next Rongpo Chöje.

Due to his age and poor health, Tulku Dawa was made to serve his sentence under effective house arrest in Lhasa, and appears to have remained confined there after completing his sentence. He was allowed a brief visit to the monastery once in 2014.

After Tulku Dawa’s death on January 30, 2022, officials announced that only devotees from Lhasa would be permitted to pay their respects, knowing this would exclude the majority of his followers and students, who are from areas near his monastery.

Authorities scrubbed mentions of his death from social media and stated that those permitted to view the body were forbidden from taking photos or “making trouble” on pain of “imprisonment or worse.”

Although authorities allowed the body to be returned to the monastery for cremation, local people were excluded from the event and participating monks were body-searched.

With their handling of Tulku Dawa’s funeral and of the Rongpo Chöje’s reincarnation, Chinese authorities have seen fit to use force, intimidation, and intrusive supervision to remove the Dalai Lama’s influence over Tibetan Buddhism and enforce the state’s absolute control over religion.

It is a precedent that promises further violence, persecution, and travesties of the tradition.