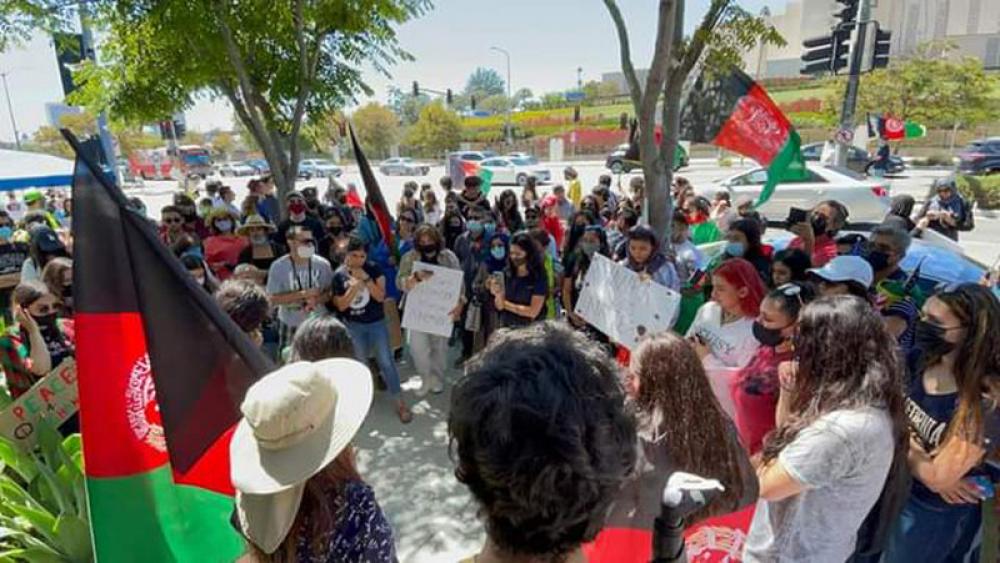 Los Angeles: Afghan women in Los Angeles demonstrated against Taliban's atrocities against humanity in Afghanistan ever since the foreign forces started leaving the country.

Afghanistan Diplomacy tweeted: "Afghan women in Los Angeles protest against the Taliban’s brutalities and crimes against humanity in Afghanistan."

Similar protests by Afghanistanis are taking place in various corners of the globe.

Afghan women in Los Angeles protest against the Taliban’s brutalities and crimes against humanity in Afghanistan.

Meanwhile, the Taliban terrorists have captured the northern Afghan city of Kunduz following a fierce battle with the country's security forces.

A local official told the BBC all but the city's airport had fallen to the militants. The group's flag was seen raised in the city centre.

Chaotic scenes have been reported with buildings and shops ablaze, reports BBC.

The Taliban has captured four important regional capitals in the country so far since Friday.

Kunduz remains the most crucial city among them all.

The militants also fought their way into another northern city, Sar-e-Pul, which was captured within hours of Kunduz. Afghan officials insist their forces still remain in the cities that have fallen, and fighting is ongoing, reports BBC.

Violence has escalated in Afghanistan ever since foreign forces started leaving the country.

The Taliban group started capturing several regions in the war-torn nation since then.