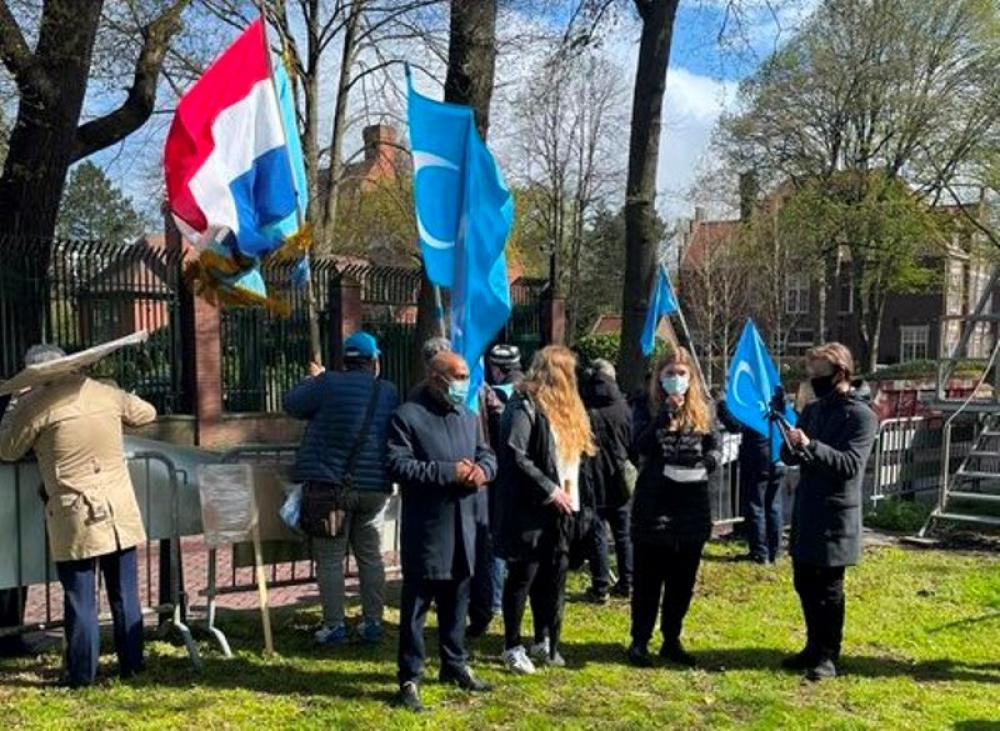 Hague: Celebrating  Doppa Day on May 5,  a demonstration was staged in front of the Chinese Embassy here in the Netherlands by Hague based non-profit group Global Human Rights Defence (GHRD) and World Uyghur Congress (WUC), media reports said.

Every year the Uyghur Community around the world celebrates Doppa Day.

Doppa is a traditional hat worn by the Uyghurs to protect their cultural heritage. As many as 65 people participated in the protest which included Uyghurs wearing Doppa hats, and some Dutch nationals, reports ANI.

During the protest, slogans were raised for boycotting the upcoming Beijing Winter Olympics 2022.

WUC President Dolkun Isa also took part in the demonstration and addressed the gathering in which he called for a boycott of the Olympics, the news agency reported.

The WUC would like to thank the @ghrdthehague for organizing today’s protest and press conference highlighting the #UyghurGenocide.

The WUC extends its sincere gratitude to Qelbinur Sidiq for sharing her story as a camp survivor. The WUC has awarded her for her bravery. pic.twitter.com/fKWCDlShzl