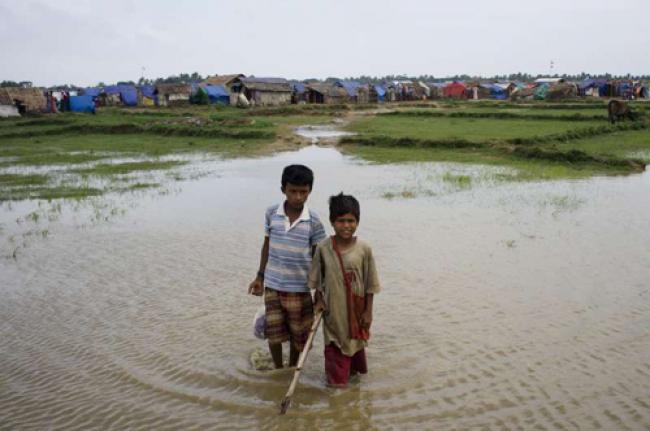 New York, Nov 2 (JEN): The United Nations refugee agency is concerned that as the rainy season ends in Myanmar and the annual sailing season reopens, people from the Rakhine state are increasingly likely to try to flee, subjecting themselves to exploitation by smugglers.

According to the UN High Commissioner for Refugees (UNHCR), more than 1,500 people boarded boats in northern Rakhine, the site of inter-communal violence since June 2012, with clashes between ethnic Rakhine Buddhists and Rohingya Muslims. “UNHCR believes the Myanmar Government and international community needs to redouble efforts to promote reconciliation and economic development in the Rakhine state for the benefit of all communities, and pursue practical measures to ensure basic rights so that the Rohingya could lead normal lives where they are,” spokesperson Dan McNorton told journalists in Geneva. The UN agency is also continuing to advocate for States in the region to strengthen regional cooperation and ensure that the humanitarian and protection needs of all people moving irregularly were properly met. In response to a question, McNorton said the people leaving seemed to be drawn by worries over general instability in the Rakhine state, and the difficulties in accessing health and other basic services. The exact number of boat departures is now known due to the clandestine nature of those movements, the spokesperson said. Unverified reports suggest that from June to December 2012, more than 14,000 people had left on boats from Myanmar and Bangladesh. In addition, over 24,000 people are believed to have left in the first eight months of 2013, according to UNHCR figures. Those numbers are “dramatically” up since June 2012, when the inter-communal violence broke out. “For the Rohingya in particular, leaving by boat was sometimes the only way for them to flee Myanmar,” McNorton said. “Without citizenship or valid travel documents, they faced difficulties in crossing overland due to a fear of arrest and detention by Myanmar authorities.”

Two displaced boys in Rakhine state, Myanmar, play in a river. Daily life is still a struggle for communities like theirs and some people risk their lives at sea in their search for safety and stability. Photo: UNHCR/S. Kelly