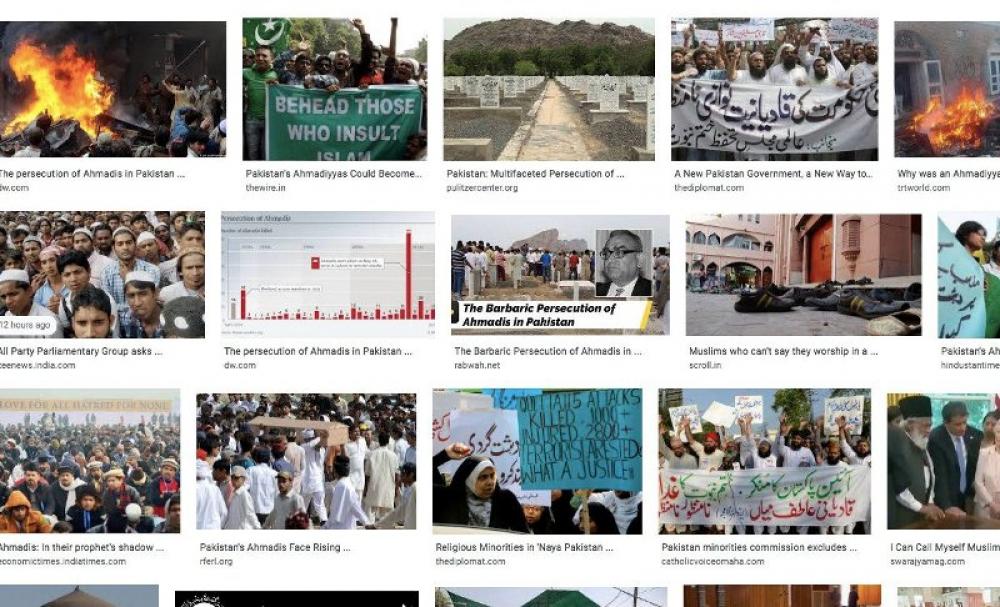 While they once played an important role in the formation of this Asian nation, the Ahmadiyya Muslim community suffers humilitation and persecuation at the hands of authorities on a daily basis in Imran Kahn-led Pakistan, that promises a lot on humanity and equality, but delivers very little.

A report by the All Party Parliamentary Group titled - 'Suffocation of the Faithful: The Persecution of Ahmadi Muslims in Pakistan and The Rise of International Extremism', highlighted the perils of the community in the Muslim major nation.

However, Pakistan is not alone in carrying out attacks on Ahmadis, Bangladesh and even a developed nation like Scotland have been privy to persecution of members from the aforementioned community.

Pakistan, though, takes the cake!

The perils of Ahmadis in Pakistan is not a new found problem, it dates back to the 70s when the then Prime Minister Zulfikar Ali Bhutto enacted a Constitutional Amendment in 1974 and declared the community 'not Muslims for purposes of law and constitution'. This allowed the growing anti-Ahmadi movement in Pakistan to gain steam and facilitated state-sponsored persecution.

The anti-Ahmadi mindset became more pronounced in the nation under Under General Zia-ul-Haq. A four-star general who became the sixth President of the nation after declaring martial law in 1977 and served as the head from 1978 until his death, Haq was unequivocal about his dislike for the Ahmadi culture and even used the derogatory term- Qadianism- to refer to the community.

Haq went as far as likening the community with cancer and wanted to 'cure' Pakistan from it. What followed was a nation hounding its own for decades, brutally murdering and harassing them.

Hazrat Mirza Masroor Ahmad, the leader of the global Ahmadiyya community was quoted in the report as saying that despite all the problems, the community serves Pakistan selflessly.

"Despite the persecution we face in Pakistan and the myriad of restrictions placed upon us, Ahmadi Muslims continue to serve their nation with a spirit of love, selflessness and devotion, as loyalty to one’s nation is an inherent part of Islamic faith," he said.

Not just while living, even the dead are not spared of the harassment.

In 2014, the grave of Pakistan’s first Nobel Laureate, Abdus Salam, a theoretical physicist, was defaced and the word ‘Muslim’ was scrubbed from his tombstone.

Extremist clerics routinely disallow Ahmadi families from burying their deceased at the local cemetery. The families are forced to bury the bodies elsewhere, in far off places.

In a recent event that took place in the month of July, members of the Muslim community allegedly removed Islamic symbols from Ahmadiyya graves.

The incident took place in a village in Gujranwala, a district in Punjab, according to a report published by the local Dawn News.

According to a member of the minority Ahmadiyya community, the graveyard in Tirigri village was established in 1960 and was shared by both Muslims and followers of the former religion, till 1967.

While the Ahmadis held 90 percent of the graveyard land, the Muslims separated their graves after the former was declared a minority, the man told Dawn News.

The police got involved after locals registered complaints with the Rahwali police to remove the Islamic symbols, on July 3.

While the Ahmadi member said his community members were pressured by cops to sign a document granting permission, law enforcement officers downplayed the allegation.

On May 28, 2010, two Ahmadi Muslim mosques were vandalised by irate Muslim mob in Lahore. The attack left 86 Ahmadi Muslims and a Christian killed.

An anti-Ahmadi sentiment is steadily rising in the United Kingdom, the report said. Extremist clerics from Pakistan who visit the Western nation have been able to freely preach hatred against the community.

"The Ahmadiyya mosque in Sialkot of Pakistan was torn apart by hand and it was incited by a preacher who had come to the UK in 2014 and given a lecture here at the Khatme Nabuwwat Conference. I’ve raised with the government that you need to ban this guy from ever entering this country because he’s on video inciting the mosque to be torn down piece by piece but I have not had a response," said Fiyaz Mughal.

Through its report, the APPG has urged the UK government to act and pressure Pakistan for removal of its anti-Ahmadi laws.

Highlighting discrimination against the Ahmadiyya community in the UK, the report said, "The Inquiry heard how Birmingham City Council's Standing Advisory Council on Religious Education (SACRE) had refused membership for Ahmadis unless they removed the word Muslim from their title. Similar sentiments were echoed in other groups, such as the Waltham Forest interfaith forum in which Ahmadi Muslims were not permitted to be registered as part of a group representing local Muslims."

In Bangladesh, three people from the community were injured in a suicide bombing that targeted a mosque during Friday prayers. The incident took place in 2015. In 2017, another attack targeted an Imam at a local mosque.

A 2019 attack by hardliners injured 50 Ahmadis as houses and properties were torched, to protest against an annual convention.