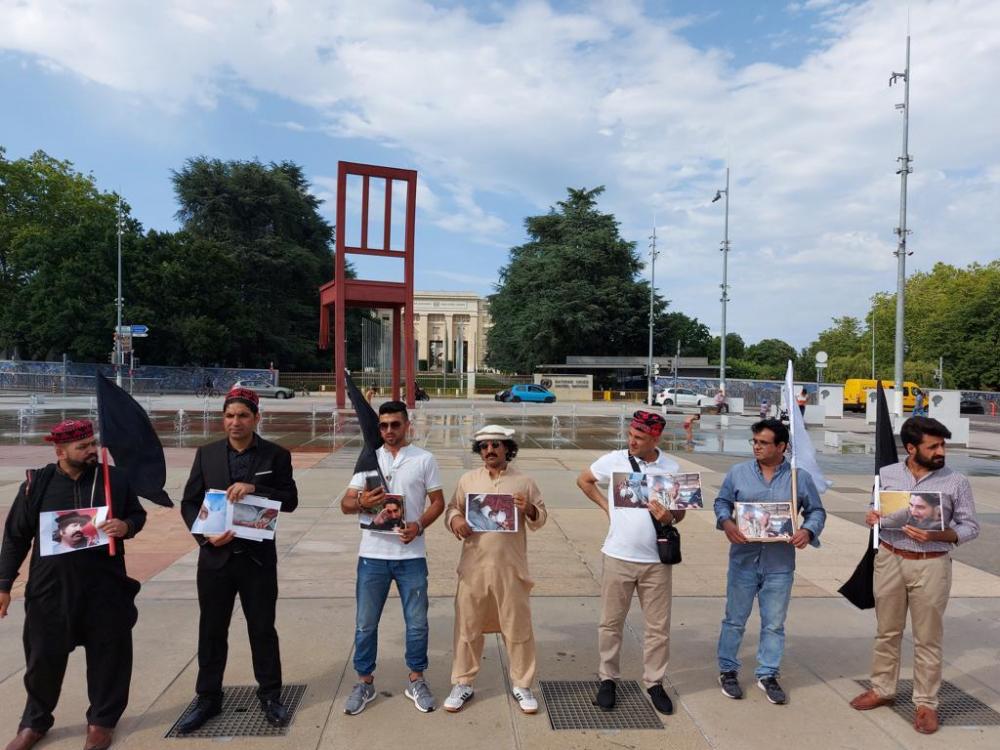 Geneva: Members of the Pashtun community gathered at Broken Chair in Geneva and demanded an investigation into the human rights violation committed against them by Pakistan.

Life of Pashtun people on Pakistani grounds has never been an easy affair. Fight for basic human rights and voices to be heard have always been a struggle for them.

With media totally under control and political parties re-engineered in Pakistan, the authorities continue genocide of Pashtuns, misleading the international community through its lies and deceits, the activists said during protest.

More than 70 thousand Pashtuns have been killed in the past 16 years while many more have been forcefully disappeared, they said.

On the pretext of war on terror, the Pakistani army has carried out a number of military incursions across the Pashtun belt and claimed elimination of terrorist, the protesters claimed.

The plight of Pashtuns runs deep in the heart of the community and is deep rooted in a series of unfortunate historical events that have led to the discrimination of one of the largest ethnic minority group in Pakistan, they said.

Pakistan’s policies have led to an influx of foreign radicals, who have created a lawless environment in which the local people have suffered immeasurably.

Pakistan’s misguided military operations have laid waste to the local economy, resulting in internal displacement of the tribal people and rising crime and drug abuse, according to them.

Reluctant to address the issues of the Pashtuns, the Pakistani government and the country’s Army has unabatedly continued atrocities against the ethnic minority group.

The Pashtuns gathered at Broken Chair Geneva as it is high time and of utmost importance that United Nations and international communities take adequate measures to address the grievances of the Pashtun community and investigate into the human rights violation committed against them and also demand the release of their leader, who was arrested in January 2020 by the Pakistan Government.