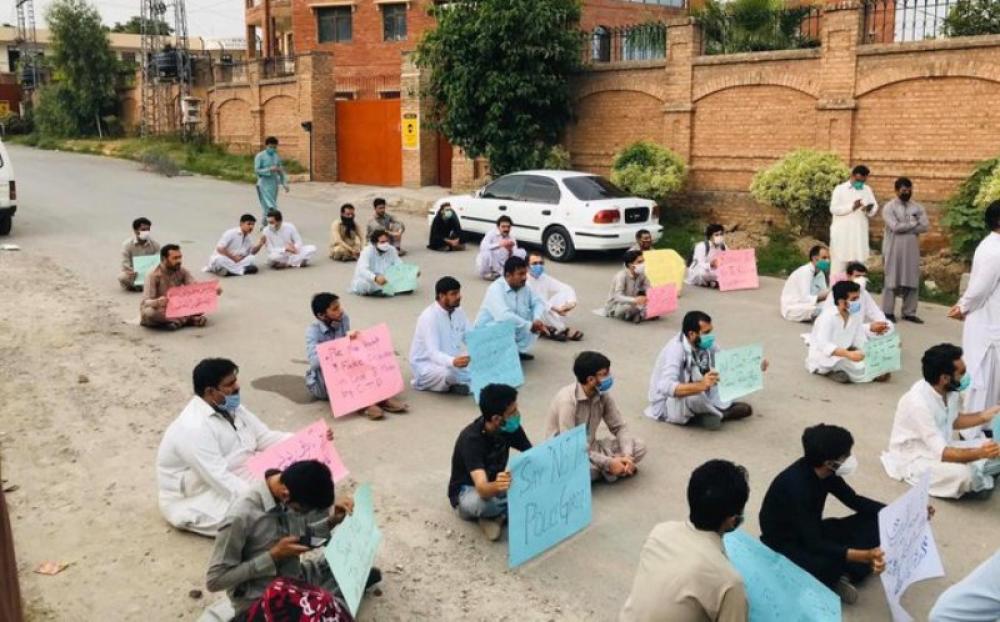 Peshawar: Days after a video surfaced on social media where alleged Khyber Pakhtunkhwa police officials could be seen abusing and stripping a man naked while filming the ordeal, Pakistani city of Peshawar witnessed protests over the incident on Friday.

Protesters reportedly gathered around the Tehkal Police Station where the incident occurred.

Protesters reportedly shouted slogans and even attacked the main gate by pelting it with stones, media reports said.

The protesters also caused damage to CCTV cameras in the vicinity and set a motorcycle alight, reports Dawn News.

Speaking to Dawn News, SP Saddar Circle A S Khalid said that the situation was brought under control shortly after protesters gathered.

"Some youngsters were trying to disturb law and order," he said.

Officials used tear gas to disperse the protesters, who were later spotted rinsing their eyes and face with water, reported the newspaper.

"We are protesting to demand justice for the victim," 20-year-old Ahmed Khan told Dawn News.

On Wednesday, three policemen were arrested and booked for assault and other charges after a video showing them abusing and stripping a man — identified as a 30-year-old Afghan national who currently resides in Peshawar's Tehkal area, reports Dawn News.