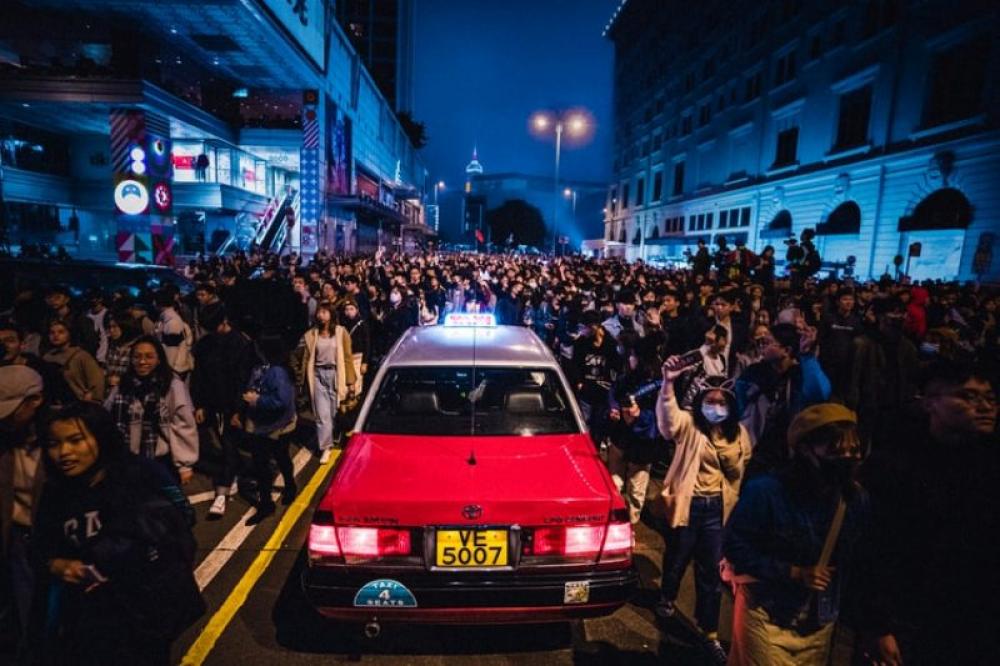 Geneva: UN independent experts have repeatedly communicated with the Government of the People’s Republic of China their alarm regarding the repression of fundamental freedoms in China.

Hong Kong Special Administrative Region (SAR), impunity for excessive use of force by police, the alleged use of chemical agents against protesters, the alleged sexual harassment and assault of women protesters in police stations and the alleged harassment of health care workers.

They have also raised their concerns regarding a range of issues of grave concern, from the collective repression of the population, especially religious and ethnic minorities, in Xinjiang and Tibet, to the detention of lawyers and prosecution and disappearances of human rights defenders across the country, allegations of forced labour in various sectors of the formal and the informal economy, as well as arbitrary interferences with the right to privacy, to cybersecurity laws that authorise censorship and the broadly worrying anti-terrorism and sedition laws applicable in Hong Kong.

They have expressed concerns that journalists, medical workers and those exercising their right to free speech online in relation to the COVID-19 outbreak and pandemic have allegedly faced retaliation from the authorities, including many being charged with ‘spreading misinformation’ or ‘disrupting public order’.

Most recently, the National People’s Congress took a decision to draft a national security law for the Hong Kong SAR – without any meaningful consultation with the people of Hong Kong – which would, if adopted, violate China’s international legal obligations and impose severe restrictions on civil and political rights in the autonomous region.

The national security law would introduce poorly defined crimes that would easily be subject to abuse and repression, including at the hands of China’s national security organs, which for the first time would be enabled to establish ‘agencies’ in Hong Kong ‘when needed’.

The draft law would deprive the people of Hong Kong, who constitute a minority with their own distinctive history, cultural and linguistic and even legal traditions, the autonomy and fundamental rights guaranteed them under the 1984 Sino-British Joint Declaration and the ‘One Country, Two Systems’ governance framework.

It would undermine the right to a fair trial and presage a sharp rise in arbitrary detention and prosecution of peaceful human rights defenders at the behest of Chinese authorities.

The national security law would also undermine the ability of businesses operating in Hong Kong to discharge their responsibility to respect human rights in line with the UN Guiding Principles on Business and Human Rights.

The independent experts urge the Government of China to abide by its international legal obligations, including under the International Covenant on Civil and Political Rights (ICCPR) and the Sino-British Joint Declaration, and withdraw the draft national security law for Hong Kong.

However, unlike over 120 States, the Government of China has not issued a standing invitation to UN independent experts to conduct official visits. In the last decade, despite many requests by Special Procedures, the Government has permitted only five visits by independent experts (pertaining to rights involving food, discrimination against women and girls, foreign debt, extreme poverty and older persons).

Keeping in mind China’s obligations under international human rights law, and the obligation to adhere to the ICCPR with respect to the Hong Kong SAR, and in view of the UN Human Rights Council’s prevention mandate to act on the root causes of crises which may lead to human rights emergencies or undermine peace and security, the UN experts call on the international community to act collectively and decisively to ensure China respects human rights and abides by its international obligations.

The independent experts urge the Government of China to invite mandate-holders, including those with a mandate to monitor civil and political rights, to conduct independent missions and to permit those visits to take place in an environment of confidentiality, respect for human rights defenders, and full avoidance of reprisals against those with whom mandate-holders may meet.

They further urge the UN Human Rights Council (HRC) to act with a sense of urgency to take all appropriate measures to monitor Chinese human rights practices. Measures available to the Council and Member States include but need not be limited to the possibility of:

A special session to evaluate the range of violations indicated in this statement and generally;


The establishment of an impartial and independent United Nations mechanism - such as a United Nations Special Rapporteur, a Panel of Experts appointed by the HRC, or a Secretary General Special Envoy - to closely monitor, analyse and report annually on the human rights situation in China, particularly, in view of the urgency of the situations in the Hong Kong SAR, the Xinjiang Autonomous Region and the Tibet Autonomous Region; and


All Member States and UN agencies in their dialogues and exchanges with China specifically demanding that China fulfills its human rights obligations, including with respect to the issues identified in this statement.”