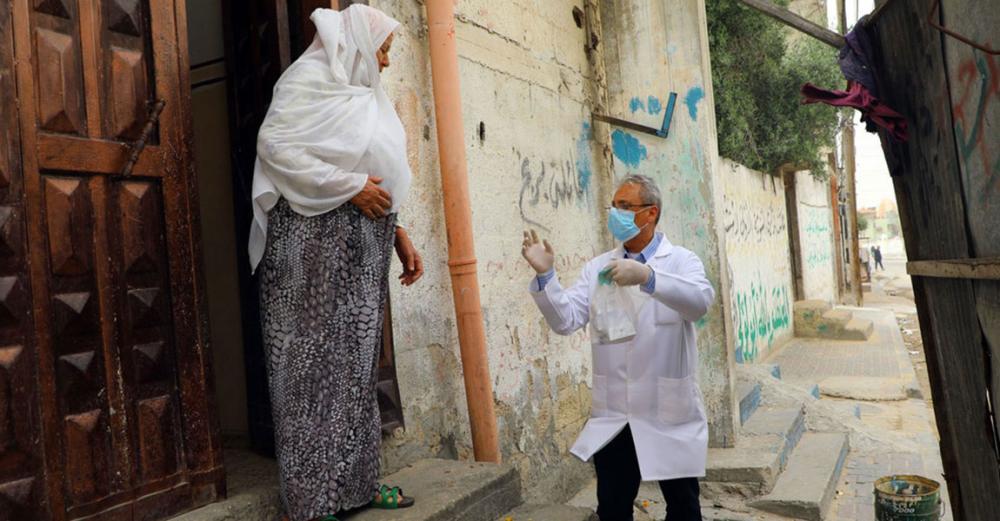 New York : The COVID-19 pandemic is creating opportunities for cooperation that Israelis and Palestinians must embrace to sustain Middle East peace efforts and bring an end to decades of conflict, the United Nations’ top envoy in the region said on Thursday.

Nickolay Mlandenov, Special Coordinator for the Middle East Peace Process, told the Security Council that the past month has seen yet again more fighting and confrontation in the West Bank and Gaza, with ever-rising casualties.

But he added that it has also witnessed “inspiring examples” of cooperation across conflict lines in a common battle to contain the novel coronavirus outbreak – and opening fresh prospects for progress in the quest for peace.

“The recognition of this interdependence could – if there is political will – translate into tangible progress towards resolving the conflict”, he said, noting how the two sides – with UN support – are coordinating their COVID-19 efforts.

“I strongly urge Israeli and Palestinian leaders to seize this moment to take steps towards peace (and) to reject unilateral moves that will only deepen the wedge between the two peoples and undermine the chances for peace.”

While they reiterated a commitment to advance peace agreements and cooperate with Israel’s neighbours, Mr. Mladenov said that the two Israeli politicians also agreed on advancing the annexation of parts of the West Bank, from 1 July.

In response, the Palestinian Authority has threatened to cancel the implementation of all bilateral agreements if annexation takes place, he said, adding that critical decisions by Israeli leaders today could impact the trajectory of the conflict for years to come.

“Moves to annex land and to accelerate settlement expansion, combined with the devastating impact of COVID-19, can ignite the situation and destroy any hope of peace”, he said.

“The path of unilateral action will only lead to more conflict and suffering.”

The better alternative, he said, would see Israelis and Palestinians working hand-in-hand to modernize and expand existing agreements, to solidify the current relative calm in Gaza, to implement the recommendations of the Middle East Quartet and actively take steps towards a negotiated two-State solution.

On efforts to contain the COVID-19 outbreak, Mr. Mladenov explained that the United Nations has delivered more than 1 million items – including personal protective equipment and thousands of test kits – for Palestinian-run hospitals and clinics.

He also put a spotlight on Israeli efforts to help Palestinians affected by the deadly virus.

Emphasizing Israel’s responsibility to ensure the well-being and safety of people under its control in the Occupied Territories, the Special Coordinator reported that measures are being discussed to ensure that clearance revenues transferred by Israel to the Palestinian Authority, will not slip below $137 million during the coming four months.Significant challenges remain, however, with Palestinian health services still reporting an acute shortage of medical equipment and personnel, due to insufficient funding.