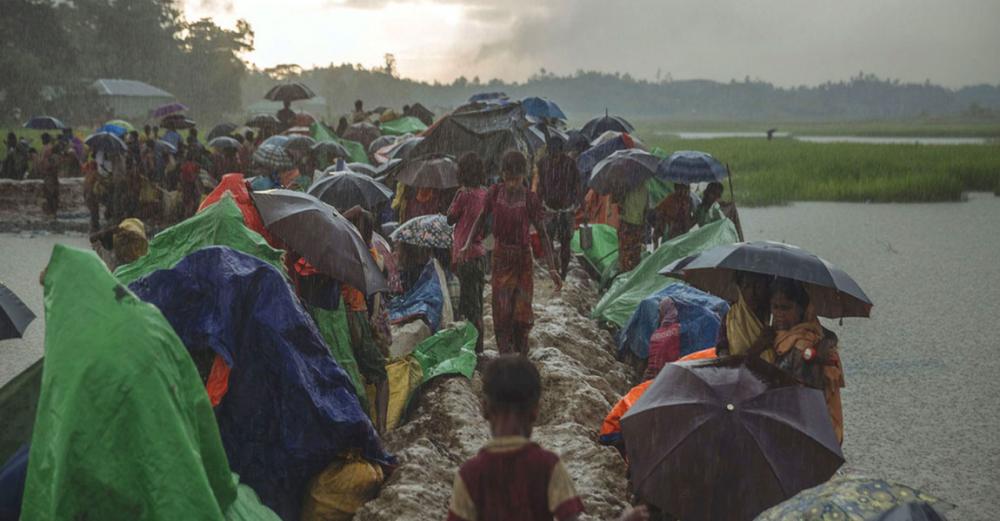 New York : The UN human rights office (OHCHR), is calling for compassion for people desperately seeking shelter, after 30 Rohingya refugees from Myanmar died on a boat in the Bay of Bengal that had spent nearly two months at sea.

Nearly 400 others onboard were found dehydrated, malnourished and in need of immediate medical care. They disembarked in Bangladesh on Thursday morning and are receiving assistance from UN refugee agency UNHCR, and its partners.

“We are aware of reports that this boat had repeatedly sought a safe harbour, but the vessel was unable to land in Malaysia”, OHCHR Spokesperson Richard Colville said on Friday.

“Whatever efforts are taken to combat people-smuggling, this should be a time for compassion towards those in desperate need of assistance and protection”.

With reports of other vessels in similar circumstances still at sea, the UN has urged countries to step-up timely search and rescue efforts.

Countries were reminded that any response should be based on international human rights and refugee law, and to avoid “dangerous interception practices”, such as preventing boats from landing.

Colville said the refugees’ journey was a “sad reminder” of the exodus of hundreds of thousands of Rohingya from Rakhine state, in northern Myanmar, over the past four years.

The Rohingya are a Muslim minority group and are not recognized as citizens of the country. Members have fled persecution at the hands of the authorities, escaping overland and on boats to Bangladesh and other countries in the region.

More than 670,000 alone fled the latest wave in August 2017 and are now living in camps in the Cox’s Bazar region in southern Bangladesh.

The UN rights office reported that the situation in Rakhine and neighbouring Chin state is again dire. A recent surge in violence between the ethnic Arakan Army armed group and the national forces has affected civilians of all ethnic groups.

Colville also reported that the Myanmar army has been carrying out almost daily airstrikes and shelling in populated areas. At least 32 people have been killed, and more than 70 injured, since 23 March.  Despite the UN Secretary General’s recent appeal for a global ceasefire during the COVID-19 pandemic, calls for a ceasefire have been ignored.

“Further complicating the situation, there has been an internet blackout in nine townships across Rakhine and Chin States since June 2019”, he said.

“This blackout has greatly hampered the availability of reliable public information on hygiene, physical distancing precautions and other preventative measures. Internet restrictions have also been applied by the Bangladesh authorities to the Rohingya refugee camps.”

OHCHR called on all parties to the conflict to heed the UN chief's appeal.

The UN agency also urged the Myanmar authorities to lift the internet ban and allow humanitarians to access all conflict-affected areas, while Bangladesh should allow Rohingya refugees free access to information and communication.