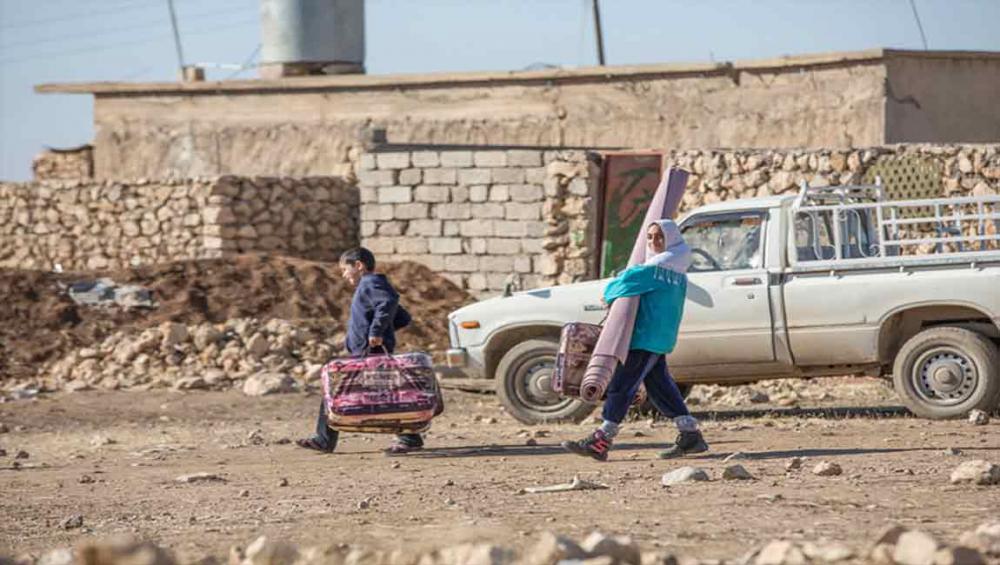 Washington, Jan 13 (JEN): The number of Iraqis returning to their area of origin has surpassed those internally displaced for the first time since December 2013, when the country became engulfed in conflict with the Islamic State in Iraq and the Levant (ISIL/Da’esh), the United Nations migration agency said Friday.

“Iraqis who remain displaced are among the most vulnerable, as they face obstacles to return, including damage or destruction of their home and local infrastructure, financial limitations and other constraints,” said Gerard Waite, chief of the International Organization for Migration (IOM) mission in Iraq.

Over the past four years, the country has been deeply affected by the conflict with Iraq’s victory over the ISIL, which led to the displacement of nearly six million people, IOM stated.

On 9 December, Prime Minister Haider al-Abadi announced Iraq’s victory over ISIL and by the end of the year, IOM had identified 3.2 million people who had returned back to their place of origin – while a staggering 2.6 million remained displaced.

Following improved security in retaken areas, a sizable number of internally displaced people (IDPs) have returned home to mainly the three governorates worst affected by ISIL’s occupation, accounting for 86 per cent of displaced Iraqis. More than 1.2 million people returned to the governorate of Anbar; nearly 975,000 to Ninewa; and close to 460,000 to Salah al-Din.

Shortly after the operation to retake Mosul was launched in October 2016, IOM constructed two emergency displacement sites, one in Haj Ali and one in Qayara.

With a combined capacity to shelter 110,000 IDPs, these sites were constructed in partnership with Iraq’s Ministry of Migration and Displacement in the southeast of Ninewa governorate. The more than 71,000 internally displaced persons remaining there receive relief kits, medical services and psychosocial support from IOM, and other services from humanitarian partners.

IOM pointed out that 57 per cent of IDPs are currently in Ninewa, which has an intra-governorate IDP people population of 97 per cent.

Intra-governorate returns account for 55 per cent of returnees, a common trend across the most-affected governorates that is likely to continue.