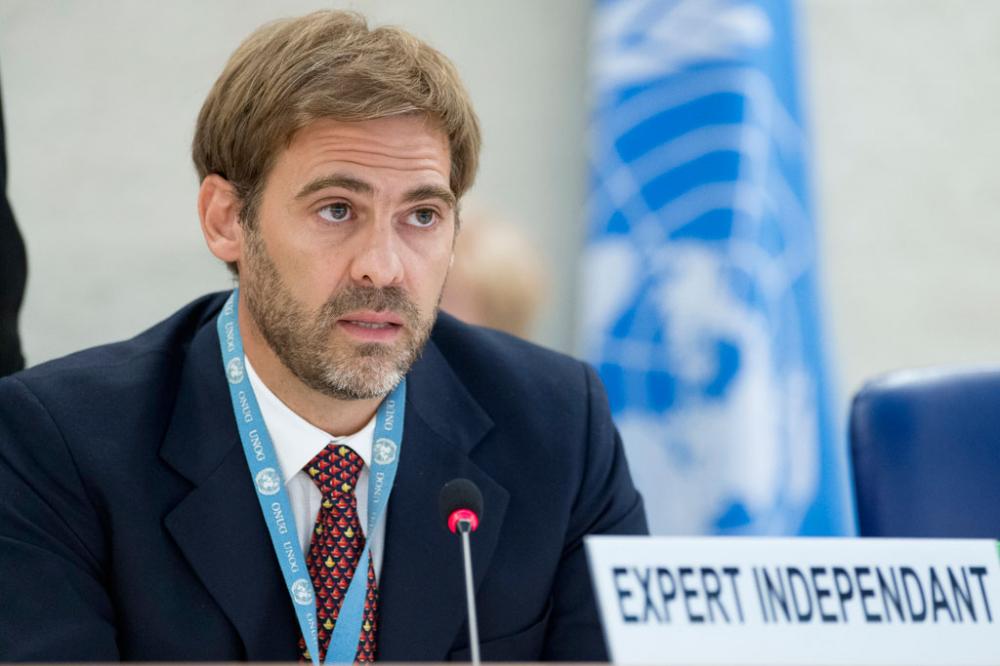 New York, Oct 5 (Just Earth News): Highlighting the problems posed by illicit financial flows globally, including undermining rule of law and human rights, a United Nations human rights expert has called on Switzerland to ensure that so called dirty money – which stems from tax evasion and corruption – does not enter its financial market.

“Despite significant efforts in adopting legislation and improving procedures to detect suspicious transactions, the risk that the Swiss financial market is used for money laundering remains,” said Juan Pablo Bohoslavsky, the UN Independent Expert on foreign debt and human rights, in a news release issued by the Office of the High Commissioner for Human Rights (OHCHR).

Facilitated by weak institutions and lack of good governance in countries of origin and financial opacity in countries of destination, illicit financial flows, such as money laundering are a particular concern in developing and under developed countries, syphoning money and resources which could have otherwise used for public services.

In the case of Switzerland, the UN expert noted that the risk of money laundering is particularly highlighted by the involvement of several banks in the Petrobas corruption scandal and in the suspicious cash flows linked to the Malaysian sovereign fund 1MDB.

“It is especially troubling that these events are not from years ago – the money was still being accepted until quite recently,” added Bohoslavsky, who on Wednesday concluded his first official visit to the European nation.

In the news release, the expert also underlined that criminal sanctions in Switzerland for assisting foreigners to evade taxes remained relatively weak noting that criminal liability arises only if the tax evaded in a foreign jurisdiction exceeds 300,000 CHF (about $307,500).

He also urged that the staffing, resources and powers of the Swiss Financial Market Supervisory Authority needed to be proportional to the size of the Swiss financial market, and those who infringed standards needed to be named to ensure individual corporate accountability.

Further, noting that favourable tax arrangements in Switzerland made it attractive for multinational corporations to establish their headquarters in the country, but also provided incentives for profit-shifting, affecting tax revenues in foreign countries.

“I call upon the Swiss authorities to carry out a social and human rights impact assessment of the proposed corporate tax reform package, which should include an analysis of how the reforms will impact on tax revenues available for the realization of economic and social rights within Switzerland and for individuals living abroad, in particular in developing countries,” said the UN expert.

Bohoslavsky visited the country at the invitation of the Swiss authorities, where he met with Government officials as well as with leaders in the banking, financial and trading sectors, civil society and the academia in Bern (the capital), Basel, Geneva and Zurich.

His findings and key recommendations will be presented in a comprehensive report to the Geneva-based Human Rights Council – the highest UN intergovernmental forum on rights issues – in March 2018.

Independent Experts and Special Rapporteurs are appointed by the Human Rights Council to examine and report back on a specific human rights theme or a country situation. The positions are honorary and the experts are not UN staff, nor are they paid for their work.