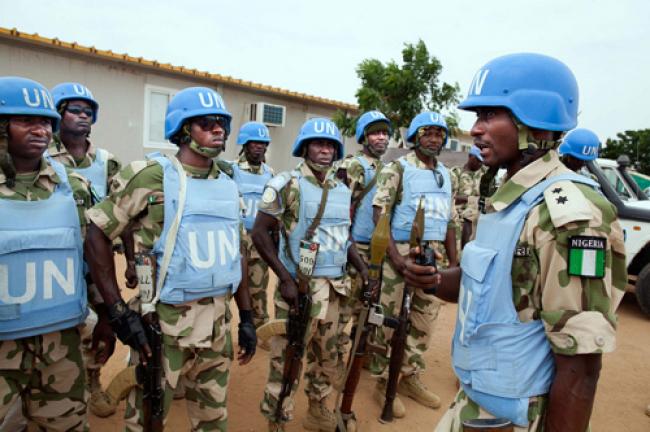 New York, Nov 19 (JEN): The joint African Union-United Nations peacekeeping mission in Darfur, which this weekend assisted in mediating between the Salamat and Misseriya tribes in the central area of the region, Monday expressed grave concern about intertribal conflict on civilians.
The mission “shall continue to exert intensive efforts to bring the fighting parties to agree on a cessation of hostilities and stands ready to facilitate longer-term reconciliation between them,” it said in a news release.
The statement came one day after talks facilitated by the mission, known as UNAMID, were held in Um Dukhun aimed at getting the two tribes to abide by the peace agreement signed on 3 July 2013.
In addition to meetings with the local security committee, the local peace and reconciliation committee as well as with representatives of both the Salamat and the Misseriya tribes, UNAMID also facilitated the travel of the Wali, or governor, of Central Darfur and the State Security Committee.
“Although the area was calm, tension was still perceptible in Um Dukhun and there was a heavy presence of Government of Sudan troops, as well as components from Chad-Sudan joint border patrol teams throughout the town,” according to UNAMID’s head of office in Central Darfur.
While in Um Dukhun, the team also met with representatives from international non-governmental organizations (INGOs) and the Sudanese Humanitarian Affairs Commission operating in the area, which confirmed that the security situation has improved since last week.
The mission said the INGOs have since decided to stay on to carry out their activities instead of evacuating as previously requested.
The organizations said they are providing assistance to the households affected by the clashes, and that there is an evident displacement in and around Um Dukhun as a result of the latest spat of intertribal fighting since April 2013.
In a briefing to the Security Council last month, Joint Special Representative for Darfur Mohammed Ibn Chambas, who is also the head of UNAMID, said intertribal conflicts have led to a large number of civilian casualties, mass displacement and attendant humanitarian tragedy.
He added that these tensions are complicating an already precarious security situation in Darfur and threats to UNAMID and humanitarian personnel continue to be a serious concern.
UNAMID troops in East Darfur. Photo: UNAMID/Albert González Farran
More Conflict
Photos