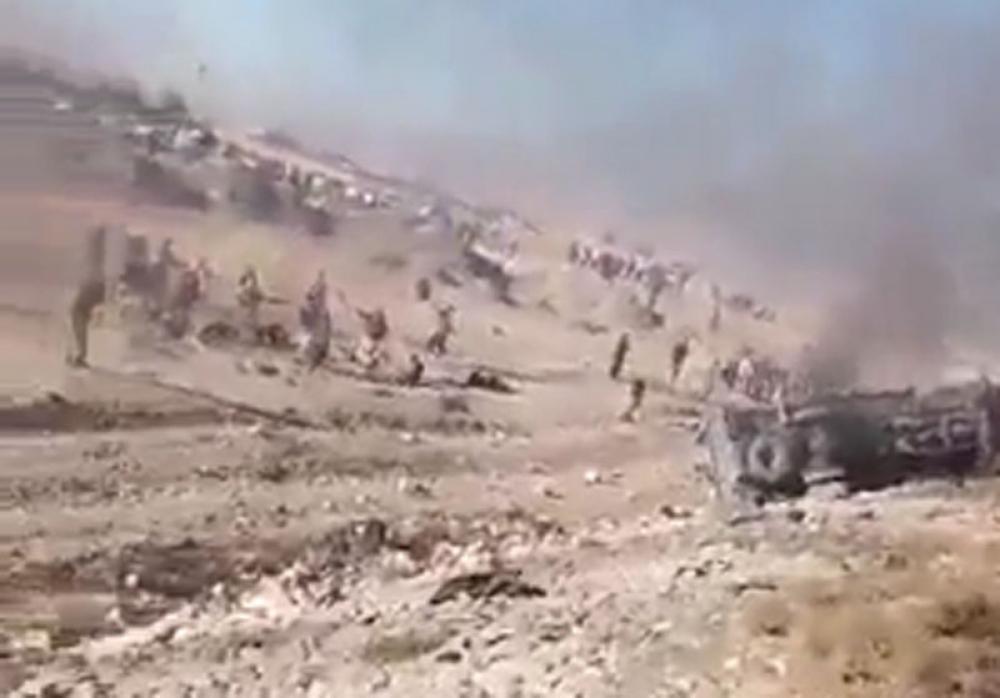 At least 23 people were hurt in the incident.

“The explosion took place near the police truck […] due to the impact [of the blast], the vehicle — which was on its way to provide security to police workers — toppled and fell into a ditch,” Quetta Deputy Inspector General of Police (DIGP) Ghulam Azfar Mahesar told Dawn News.

He said that a total of three vehicles were hit in the blast — the police truck, a Suzuki Mehran and a Toyota Corolla.

“Looking at the crime scene and given that the truck toppled, it is estimated that 25 kilograms of explosives were used [in the blast]," the official said.

The wounded people were shifted to hospital for treatment.

The banned Tehreek-i-Taliban Pakistan (TTP) has claimed responsibility for the incident.