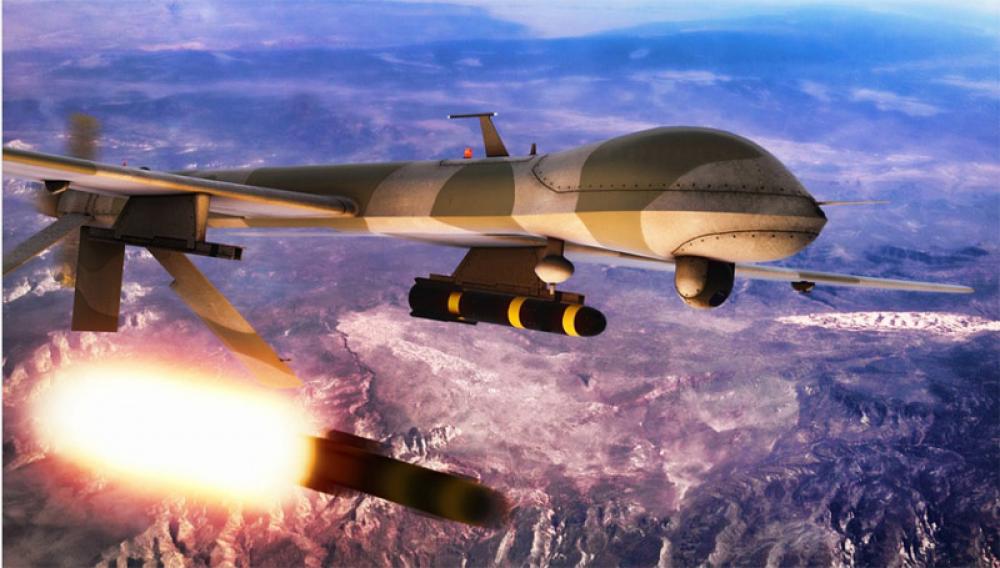 Sanna/UNI/Xinhua: Three people suspected of being members of the Yemen-based Al-Qaida branch were killed by an airstrike in Yemen on Sunday, a military official told Xinhua.

"Missiles fired by a US drone struck a traveling vehicle passing on road between the provinces of al-Bayda and Shabwa in the country's southern part," the local military source said on condition of anonymity.

The airstrike resulted in killing three people suspected of belonging to the Yemen-based al-Qaida branch and injuring two others including a woman at the scene, he said.

He confirmed that mountainous areas in Shabwa and other turbulent neighboring provinces are witnessing active presence of al-Qaida members recently.

The Yemen-based al-Qaida in the Arabian Peninsula (AQAP) network, which mostly operates in eastern and southern provinces, has been responsible for many high-profile attacks against security forces in the country.

The AQAP has exploited years of deadly conflict between the Yemeni government and Houthi rebels to expand its presence in the war-ravaged Arab country.