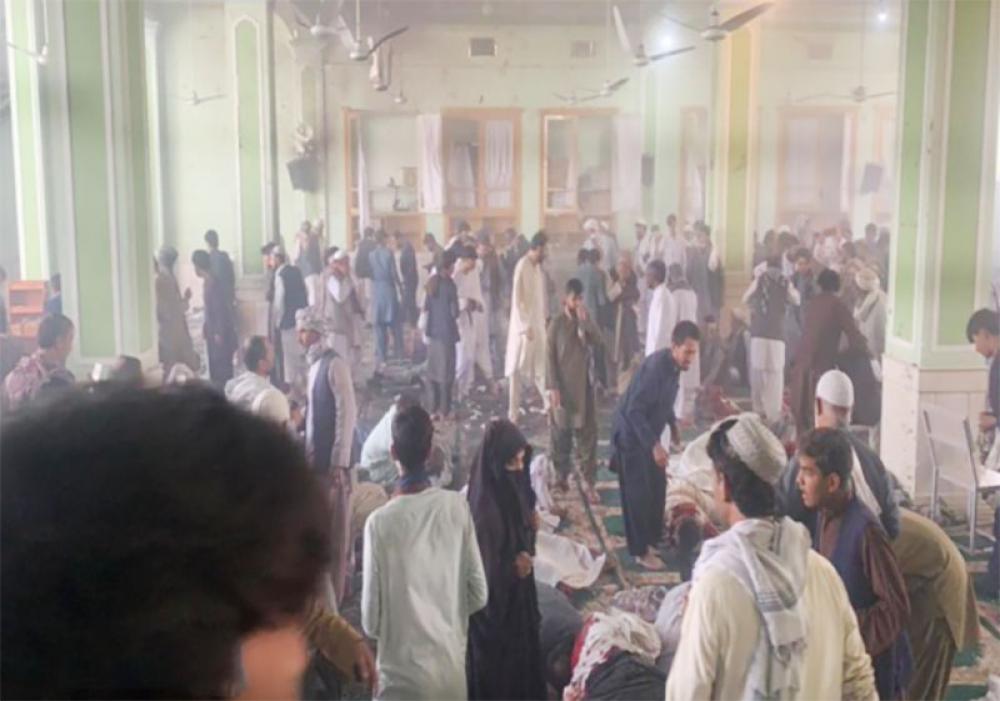 Image of Imam Bargah mosque shortly after the explosions, by local sources via Twitter

Kabul: The Islamic State terrorist group has claimed responsibility for the blasts in a  Shite mosque in Kandahar province on Friday which left over 60 people dead.

Islamic State of Iraq and Syria (ISIS) in its Telegram channel confirmed on Saturday, October 16 that the attack and twin blasts were carried out by them, reports Khaama Press.

Khorasan branch of ISIS in their statement said that two of their suicide bombers conducted the attack on a Shite mosque in Kandahar province on Friday killing and wounding over 150 worshipers, the news agency reported.

The statement of ISIS-K reads that the first suicide bomber detonated his explosives in the hallway of the mosque and others did it inside the mosque where hundreds of people had gathered to perform Friday prayer.

Islamic State terror group has carried out several terror attacks in Afghanistan ever since Taliban took over the country on Aug 15.