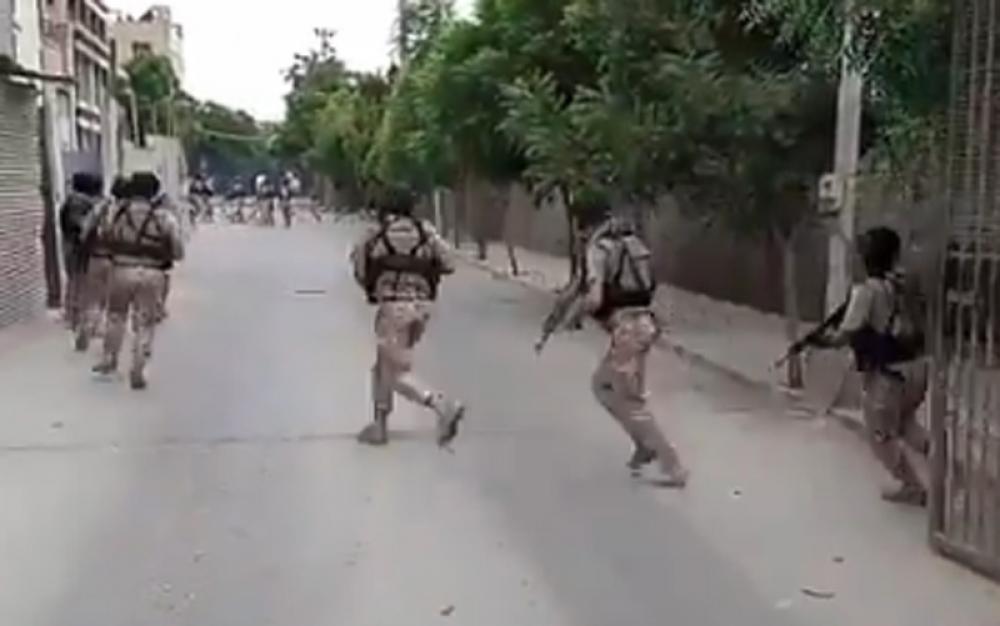 Islamabad/Xinhua: Four militants and five security personnel were killed in a terrorist attack on the Pakistan Stock Exchange building in southern port city of Karachi on Monday, police said.

The militants with sophisticated weapons stormed the building of the Pakistan Stock Exchange and attacked the security personnel by hurling hand grenades and firing at them, Senior Superintendent Police City of Karachi Muqaddas Haider told the media.

He said two militants were killed during the exchange of firing with the security teams and police, while the other two managed to enter the building and later were gunned down by paramilitary troops who rushed to the site following the attack.

The killed security personnel include four personnel from stock exchange security and a policeman, he said, adding that seven people including policemen also got injured in the attack.

Managing Director of Pakistan Stock Exchange Farrukh Khan told the media that all militants were restricted and killed near the gate of the stock exchange and none of them reached the offices where trading was taking place, adding that operation of the market continued during the attack and was still underway.

The injured people have been shifted to Civil Hospital Karachi where two of them are reportedly in critical condition.

Police, army and paramilitary troops have cordoned off the area for clearance operation, and all kinds of movement near the building has been restricted.

No group or individual has claimed the attack yet, but local police suspected that Balochi separate groups were behind the deadly attack.