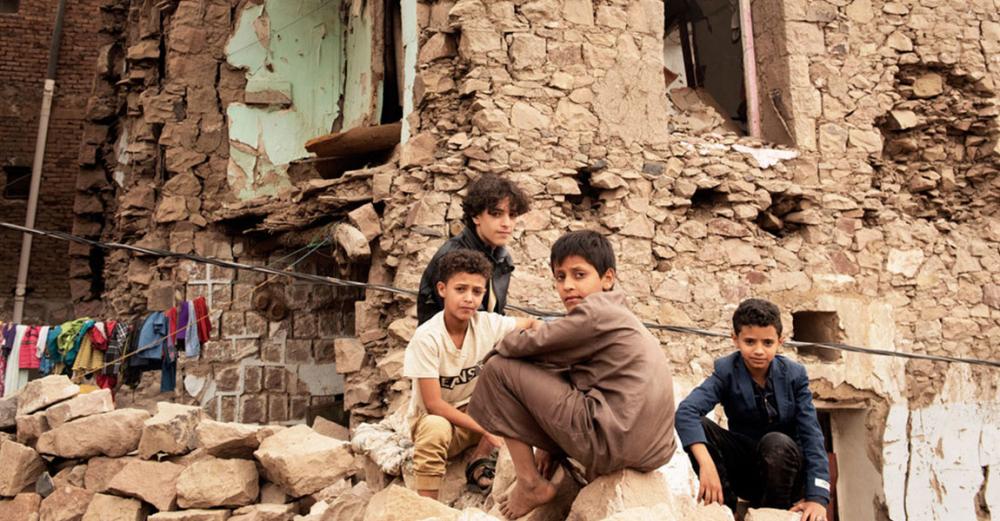 New York : With the COVID-19 pandemic threatening to deepen suffering in Yemen, now is the time for rival parties to commit to ending their conflict, UN Special Envoy Martin Griffiths told the Security Council on Thursday, during an informal meeting via videoconference.

“Yemen cannot face two fronts at the same time: a war and a pandemic. And the new battle that Yemen faces in confronting the virus will be all-consuming. We can do no less than stop this war and turn all our attention to this new threat”, he said.

Yemeni Government forces, together with their allies, and rebels known as Houthis, or the Ansar Allah movement, have been fighting over control of the impoverished nation for more than five years, creating the world’s worst humanitarian crisis. Roughly 80 per cent of the population relies on aid relief.

“The arrival of the COVID-19 pandemic to Yemen threatens to bring deeper and more widespread suffering to the people”, said Mr. Griffiths.

“There cannot be a more timely moment for the two parties to commit to silencing the guns and ending the conflict through a peaceful, political solution”.

Yemen Government troops are backed by a Saudi-led coalition, which on 8 April announced a unilateral ceasefire for an initial two-week period, following an appeal by the UN Secretary-General.

The Yemen appeal came just days after the UN chief called for a global ceasefire amid the pandemic.

Mr. Griffiths has been “in constant negotiations” with the two sides on proposals for a nationwide ceasefire and on key measures such as prisoner release, paying civil servant salaries, and opening roads for humanitarian access.

“We are - I hope, I believe - moving towards a consensus over the proposals I have put forward, particularly on the principle of a nation-wide ceasefire which is supported by both parties”, he said.

Despite these developments, hostilities continue, the Special Envoy told ambassadors.

The UN’s top aid official, Mark Lowcock, reported that civilian casualties have risen every month since January. More than 500 people were killed or injured during this period, a third of them children.

COVID-19 has arrived in a country where five years of fighting have degraded the health infrastructure, exhausted people’s immune systems and increased acute vulnerabilities.

“As a result, epidemiologists warn that COVID-19 in Yemen could spread faster, more widely and with deadlier consequences than in many other countries,” said Mr. Lowcock, who is the UN Humanitarian Coordinator.

Funding is another impediment, as 31 of the UN’s 41 major aid programmes in Yemen will shut down in the coming weeks, if they are not supported.And while precautions to reduce COVID-19 risk are not slowing down aid operations, they are being hampered by bureaucratic roadblocks, insecurity and restrictions on staff and cargo movements.

Lowcock feared the loss of health teams that have been essential in containing past disease outbreaks, stating “we need these teams more than ever – not just to keep on top of COVID-19, but to contain a growing risk that cholera will rebound as the rainy season starts”.