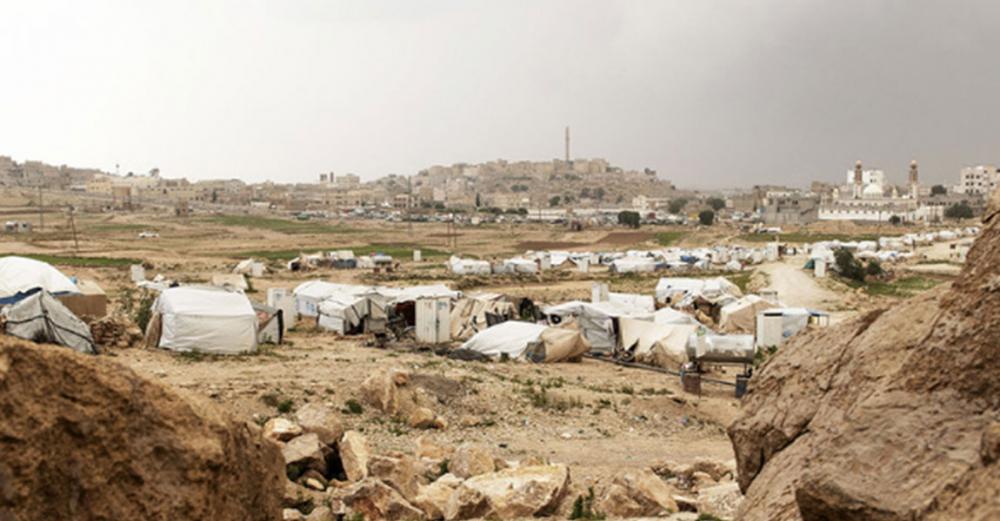 New York : Despite the threat posed by recent tensions in the Gulf, Yemen was able to weather the crisis thanks in part to restraint exercised by its political leaders, the UN Special Envoy for the country said on Thursday.

Martin Griffiths was speaking in the Security Council, where he updated ambassadors on developments towards ending nearly five years of war between Government forces, backed by a Saudi-led coalition, and the rebel group commonly known as the Houthis, which reportedly has links with Iran.

Griffiths points to #UNSC that the recent regional crisis "threatened the gains we have observed in #Yemen." But "the immediate crisis seems to be over. This achievement hasn't come by chance. Yemeni leaders&leaders from the region have deliberately exercised restraint”

Griffiths points to #UNSC efforts by the parties that show readiness to move to a peaceful resolution of the conflict in #Yemen including de-escalation of military hostilities, progress on the implementation of the Riyadh &Stockholm agreements& other confidence building measures

He stated that “no major acts of military provocation” occurred in Yemen during the latest Gulf crisis, which was sparked by the killing of a top Iranian general by the United States.

“Indeed, it has been one of the quietest weeks of the war in Yemen since the war began, with only one airstrike, very limited military movement on the ground and no drone or missile attacks on neighbouring States”, he said.

“This achievement has not come by chance.  Yemeni leaders and leaders from the region have deliberately exercised restraint and withheld from acts of provocation.”

Mr. Griffiths said the country “has been brushed by potential tragedy from regional tensions and, so far, appears to have emerged from it unscathed. This is evidence of its leaders’ desire to keep Yemen safe from such tensions but also to restore to its people, this year, the peace they so evidently deserve.”

The Envoy noted that the tensions overall have tested the resilience of efforts to de-escalate military hostilities and implement two peace agreements.

Warring parties met in Sweden in December 2018 for UN-brokered peace talks which led to a ceasefire in the rebel-held port of Hudaydah, critical for aid flows into a country that is experiencing the world’s worst humanitarian crisis.

Griffiths underlined that although implementation has been unsatisfactory, the UN and both sides remain committed to the Stockholm Agreement.

“Though violence unfortunately continues in the southern districts, the relative calm at the frontlines in Hudaydah city shows that the measures to enhance the de-escalation—the ceasefire mechanism—is working, and this is something we can, and should, build on,” he said.

Yemen also is now less dangerous for civilians than prior to the Stockholm Agreement, according to a senior official with the UN humanitarian affairs office, OCHA.

Ramesh Rajasingham, Director of the Coordination Division at OCHA, told Council members that casualties last year were about 35 per cent lower than in 2018, while fatalities dropped by nearly half.

“But it is still a very dangerous place”, he said, pointing to deadly attacks and flare-ups along several front lines.

“Every day we receive reports of civilians killed or injured when shells land on their homes, snipers fire on their communities, or landmines or other munitions explode.  These smaller-scale incidents occur in a constant stream and receive less attention than they should.”

Last November, the UN Special Envoy welcomed the signing of the Riyadh Agreement, aimed at ending infighting between the Yemini Government and separatist allies in the south, known as the Southern Transitional Council.

Fighting broke out between the two sides in August when the Southern Transitional Council seized control of the city of Aden, where the Government is based.

“The parties’ recommitment recently to time-bound measures to support implementation of the Riyadh Agreement is a very positive sign”, Mr. Griffiths said.

He also reported “relative” improvement in the security situation in Aden, and that “key appointments” there could be announced in the coming days.

“Overall, this is good news, of course, but not least because it is also a starting point for opening a new page to be dominated, and noted, and themed, by sincere consultations between the Yemeni parties to reach a political solution to end the Yemeni crisis,” he stated.