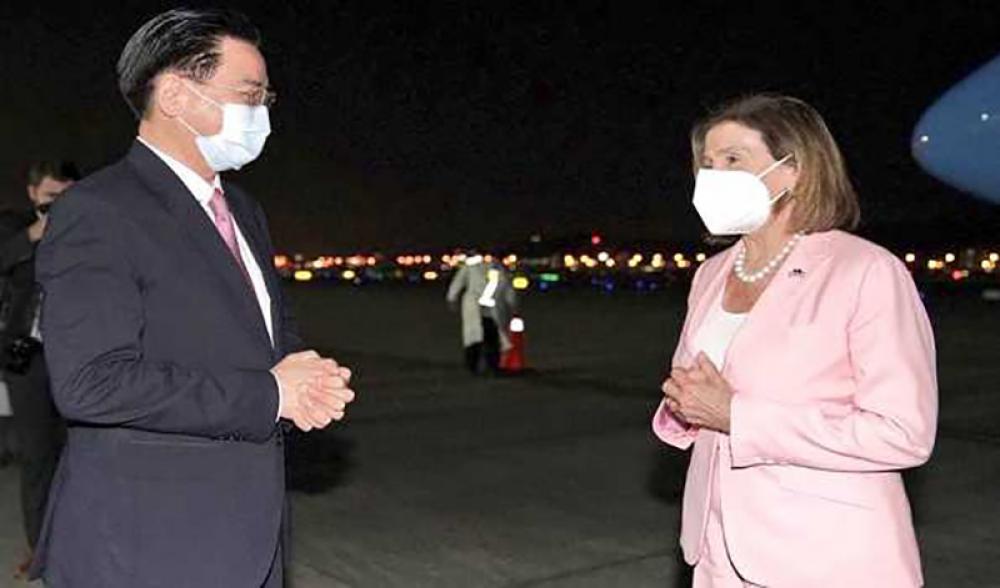 He called it "highly provocative and a threat to peace and stability in Asia" while speaking to the BBC on Friday.

Wu told the BBC that Taiwan won't be the "last piece in [the] Chinese dream of expansionism". His comments came as China continued to be evasive about missile trajectories.

Chinese Foreign Ministry spokesperson Hua Chunying did not offer a comment when asked about whether missiles fired by China on Thursday passed above Taiwan.

The Japanese embassy in Washington said it believed four missiles fired by China had passed over the island's capital Taipei.

But Hua said: "I have no comment. Pelosi triggered the current tensions. All counter measures taken by China is necessary and appropriate."

Chinese planes and ships on Friday once again crossed the median line in the strait between the mainland and Taiwan.

It came as China held its second day of military drills around the island as Beijing's main response to Nancy Pelosi's visit.

Japan has demanded China cease the drills, while US Secretary of State Antony Blinken called them an "unjustified escalation", the BBC said.

China has not commented on reports it may have fired a missile over Taiwan on Thursday. Beijing sees self-ruled Taiwan, which lies 100 miles from the mainland, as a breakaway province that will eventually be under its control, said the BBC report.