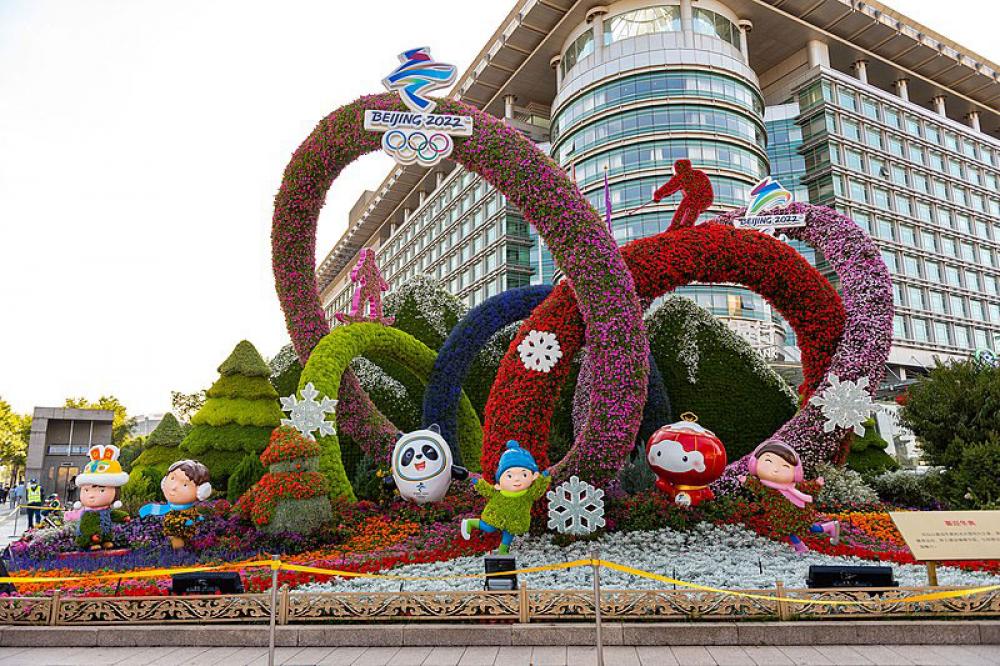 Beijing: The Chinese Communist Party (CCP) is taking it to a prestige battle to host the upcoming Winter Olympics in Beijing and ensure the event remains COVID-19 free.

The CCP is trying to achieve it by staking its reputation on the success of an anti-virus ‘bubble’ never attempted before anywhere in the world.

President Xi Jinping does not want a repeat of December 2019 when the world began to target China and held it responsible for the global outbreak of the Coronavirus from its laboratory in Wuhan, reports The HK Post.

The capital city is already a ghost town with security and health officials the only people moving around. Miles of metal fences and guard posts have turned the city into a metal labyrinth which can be negotiated only with an official Covid-safe pass that is next to impossible to obtain for the common man, the news portal reported.

Strict enforcement, close to a million manpower, precise planning, exhaustive surveillance – these are some of the ingredients that have put the ‘bubbler’ in place and will secure it till the end of the Games. Those Chinese workers who have already entered the ‘bubble’ will not leave it for at least a month. They are already feeling the pressure as Omicron vases have already been detected among the 2,000-odd arrivals in Beijing till the second week of January.

Of the new cases reported till Tuesday, 14 were in Beijing, four in Heilongjiang, two in Xinjiang, and one each in Hebei, Liaoning, Henan, and Guangdong, according to the commission.

Across the Chinese mainland, a total of 20 imported Covid-19 cases were reported. No new suspected cases and new deaths from Covid-19 were reported on the day, the commission said.