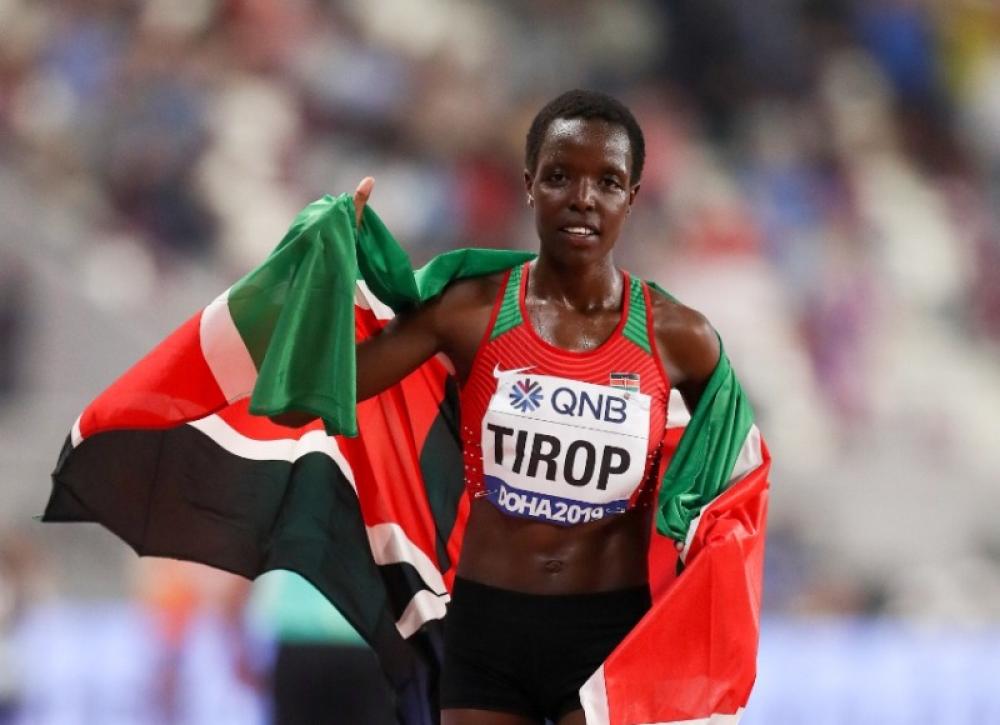 Nairobi, Kenya (JEN): Kenyan athlete Agnes Tirop, a two-time World Athletics Championships bronze medallist who represented her country in the recent Tokyo Olympics, has been found dead at her home in the western town of Iten, Athletics Kenya announced in a statement on Wednesday.

Kenya's athletics body stated that the 25-year-old long-distance runner, who finished fourth in the Tokyo Olympic 5,000m final two months ago, had been allegedly stabbed by her husband at their Iten home.

"We are still working to unearth more details surrounding her untimely demise," Athletics Kenya said in the statement.

"Kenya has lost a jewel who was one of the fastest-rising athletics giants on the international stage, thanks to her eye-catching performances on the track," the statement read.

Tirop broke the women-only record in the women's 10,000m (10km) at the Road to Records Race hosted in Germany last month by finishing in just 30:01 minutes.

Kenyan athlete Agnes Jebet Tirop, who represented Kenya ðŸ‡°ðŸ‡ª at the Tokyo 2020 Olympics in the 5000m, has been found dead in her house with stab wounds to her abdomen.

She was just 10 days away from her 26th birthday. Rest in peace Queen! pic.twitter.com/dbqACcTUG6

"Tirop's decorated CV also includes a World Cross Country title in 2015 during which she made history as the second youngest medalist at the level," it added.

Kenyan police said that an investigation had been initiated into the 'unnatural' death of  Tirop while her husband, who has been accused of stabbing the young athlete, had gone missing following her death.

2/2
NPS wishes to assure the public of speedy and comprehensive investigations into the heinous crime.
NPS also extends its deepest sympathies to her family, friends and sporting fraternity.

May she rest in eternal peace.

"NPS wishes to assure the public of speedy and comprehensive investigations into the heinous crime," National Police Service (NPS)-Kenya tweeted.