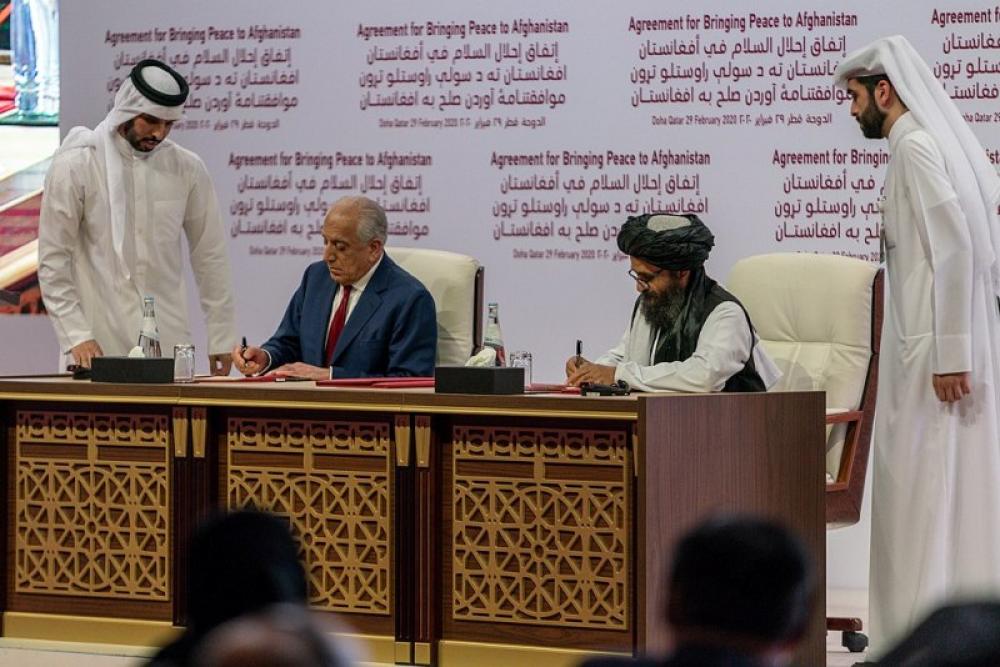 Washington/UNI/Xinhua: A U.S. delegation will travel to Doha, Qatar, over the weekend to meet with senior Afghan Taliban representatives, the State Department said.

"This meeting is a continuation of the pragmatic engagements with the Taliban on issues of U.S. vital national interest," a State Department spokesperson told reporters on Friday, noting it is "not about granting recognition or conferring legitimacy."

The spokesperson said the key priorities of the meeting are "the continued safe passage out of Afghanistan of U.S. and other foreign nationals and Afghans to whom we have a special commitment who seek to leave the country and holding the Taliban to its commitment not to allow terrorists to use Afghan soil to threaten the security of the United States or its allies."

U.S. officials in the meeting will also press the Taliban to respect the rights of women and girls, form an inclusive government, and allow humanitarian agencies free access to areas of need, the spokesperson added.

According to media reports, the U.S. delegation will include officials from the Central Intelligence Agency, the State Department, and the U.S. Agency for International Development.

It will be the first in-person meeting between the United States and the Taliban since the U.S. withdrawal from Afghanistan at the end of August.