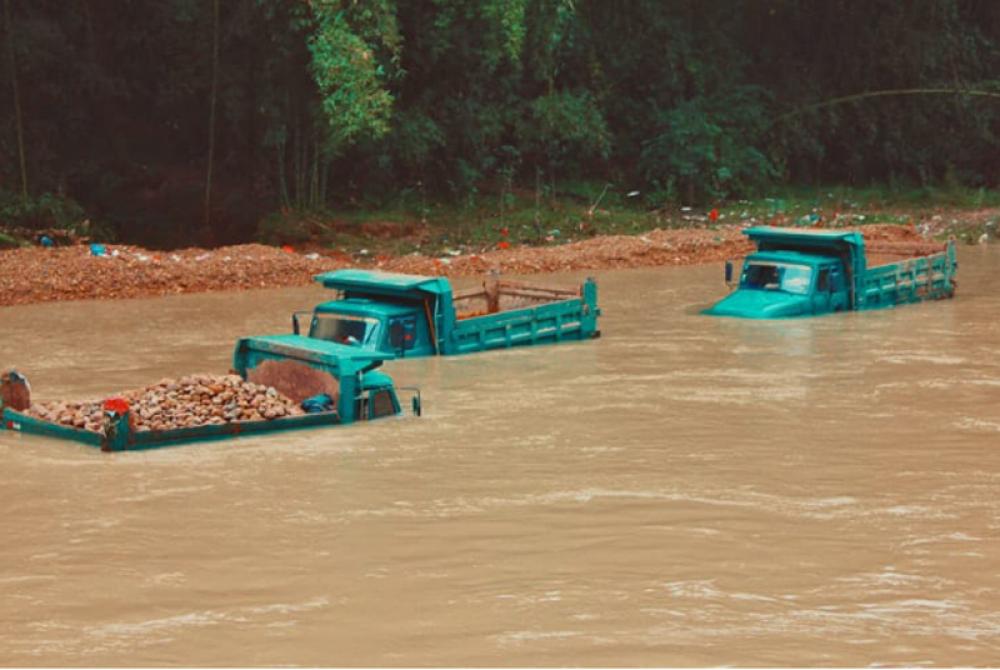 Beijing: The bubble seems to be bursting for China which has always boasted about its state of art infrastructure and more recently took unkind jibes at the USA over the Miami condo collapse. The ongoing floods in China actually exposed the crumbling assets as dams collapsed and citizens suffered or died amid rising waters.

Record-breaking rainfall in China left underground railway tunnels flooded and many passengers remained trapped in the rising water as video footage of the incident went viral on the internet.

More than 500 people were eventually rescued from the tunnels in Henan province, officials told BBC.

In total, 25 people have died in Henan province and more than a dozen cities are affected. President Xi Jinping said on Wednesday that there had been "significant loss of life and damage to property", the British media reported.

Video footage has emerged online where roads could be seen turned into rivers as cars were swept away by fast-moving currents.

According to an AFP report, the country's vast water management schemes are unable to contain all the flooding while there are questions about the endurance of dams built decades ago.

Heavy downpour and floods that struck Central China’s Henan Province for the last few days have killed 25, with many still missing while 160,000 were evacuated and 1.24 million people were affected, Chinese Communist Party-run Global Times reported.

While flights and train services in many parts of Henan are suspended, people can expect more tough days ahead as several dams and reservoirs have breached warning levels.

Apart from the rain, Chinese infrastructures are also crumbling in various ways and it is evident as several cities in the country have warned that homes and factories may face new power outages as historic demand and supply shortages strain energy grids.

Populous centers including Beijing and Xi'an have alerted electricity users there will be scheduled disruptions as grid operators struggle to maintain overloaded networks.

Eleven provinces including eastern manufacturing hubs and landlocked central China, which also suffered outages during last winter's cold spell, reported record demand and peak-load surges last week, according to the State Grid Corporation of China as quoted by The Standard.

China has been facing severe criticisms worldwide over the COVID-19 outbreak from Wuhan region in 2019.

As per Reuters report, China's eastern port city Qingdao is experiencing the worst ever algae infestation in the region, with more than 1,700 square km of coastal area blanketed by harmful green seaweed, also known as "green tide".

China had widely covered the collapse of a residential building in Surfside, Florida in the USA but according to media reports played down disasters in their own country.

According to CNN, many Chinese internet users last month questioned why a deadly incident killing 18 students at home has received such minimal media coverage and so little attention on social media while Chinese media was all out to boo USA over the Miami building collapse.

The report said while a fire tore through a martial arts school in central Henan province, killing 18 students, mostly children, the incident got less coverage in the run up to the "Communist Party's all-important centenary just days away" since it is the last thing the party's propaganda apparatus wanted to highlight.