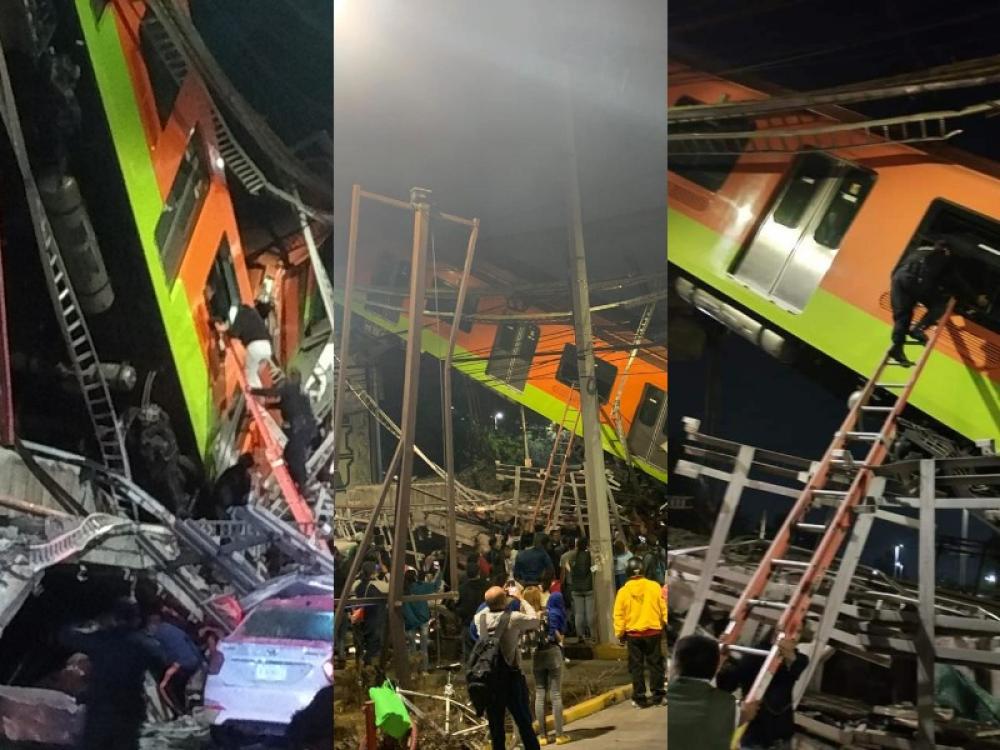 Mexico City: At least 23 people were killed and dozens injured after a metro overpass collapsed in Mexico on Monday night, reports said.

Reports said children were among the deceased as rescuers are searching for survivors.

A tragedy occurred, the metro on line 12 with the bridge in Mexico City fell, there are many injured and people trapped in the wagons, I hope their relatisituation.ot in that situation

According to a BBC report, Mexico City Mayor Claudia Sheinbaum said the cause of the accident was still being investigated.

It said 65 people sustained injuries, seven of whom were critical.