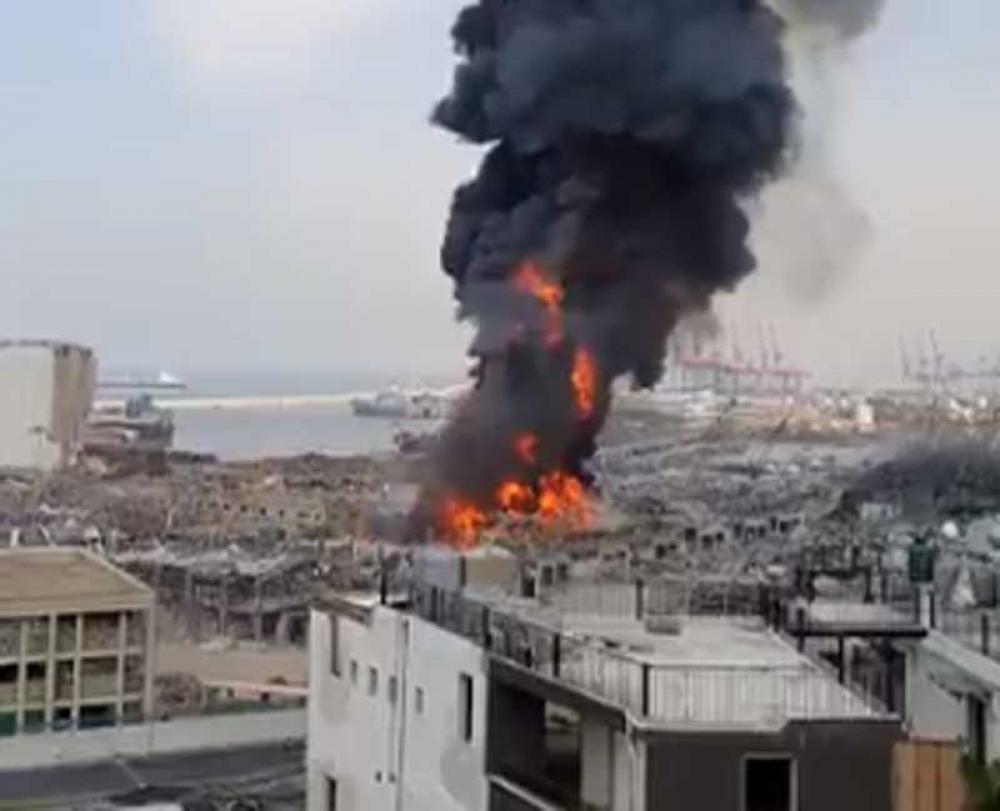 Beirut: A major fire broke out at an oils and tires warehouse in the duty-free market of Lebanon capital Beirut's port on Thursday.

Live from the #Beirut sea port, received this video of current fire fighter teams present on the ground.

Raymond Khattar, General director of the Lebanese Civil defense says he has no confirmation whether or not the material around the fire are hazardous or how it started. pic.twitter.com/zCThCrhWqy

The fire broke out at the place where a massive explosion took place last month that left nearly 200 killed and thousand others injured, the Lebanese Army said in a statement on Twitter.

"A fire has broken out in a warehouse of oils and tires in the duty-free market in Beirut Port, and operations have begun to extinguish the fire, and army helicopters will participate in extinguishing it," the Lebanese Army tweeted.

The Lebanese Army said that efforts were underway to extinguish the blaze and military helicopters will participate in the firefighting operation.

On Aug 4, a powerful explosion rocked the port of Beirut, killing at least 190 people and injured over 6,000.