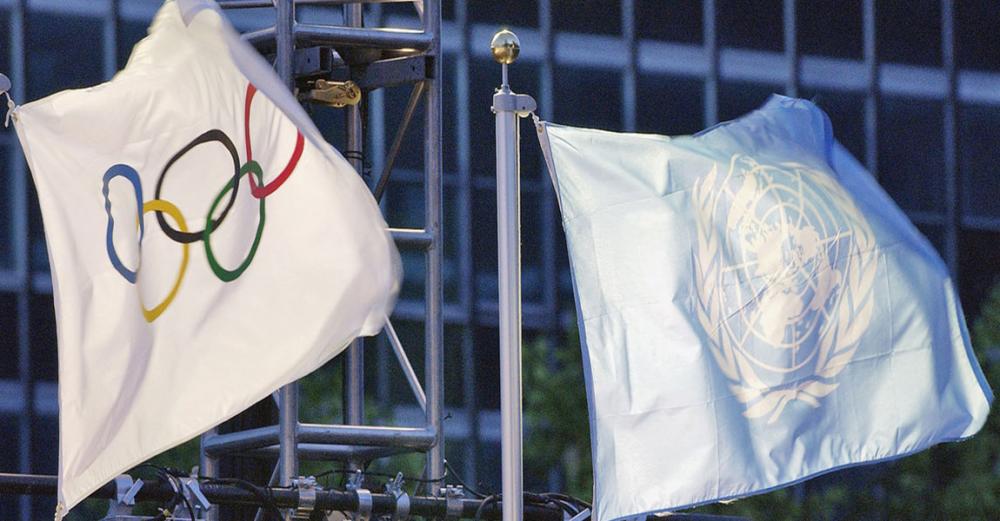 New York : The International Olympic Committee declared on Wednesday that it is postponing the 2020 Summer Olympics which were due to take place in Japan, based on information provided by the UN health agency, WHO, on the fast-spreading COVID-19 pandemic.

The decision to delay the Games was announced in a joint statement from the International Olympics Committee (IOC), which is a partner with the United Nations, and the Tokyo 2020 organizing committee.

The Joint Statement referred to the words of the WHO chief, Tedros Adhanom Ghebreyesus, who warned on Tuesday that the virus pandemic is ‘accelerating’, with the number of confirmed global cases rising from 200,000 to 300,000 in just four days.

IOC President, Thomas Bach, and Japan’s Prime Minister, Shinzo Abe, expressed concern for the effect that the pandemic is having on people’s lives, and the significant impact that it is having on elite athletes’ preparations for the Games.

The likelihood of the Games taking place on time receded in the days leading up to the decision, with Canada and Australia announcing that they would not send athletes to Tokyo this Summer, and a number of other countries openly called for a postponement, because of the spread of COVID-19.

The leaders announced that the Games will be rescheduled to “a date beyond 2020, but no later than Summer 2021, to safeguard the health of the athletes, everybody involved in the Olympic Games and the international community”.

However, the Games, even though they have been moved to next year, will retain the official name “Olympic and Paralympic Games Tokyo 2020”. The Olympic flame will stay lit, and remain in Japan.

The decision to delay the event will mark the first time that the Games have not taken place as scheduled, since 1944. They were cancelled in 1916 due to World War One, and neither the 1940 nor the 1944 Olympics took place, because of World War Two.

This is the second time that a global crisis has affected Games due to be held in Japan: Tokyo would have been the venue of the cancelled 1940 Summer event.

The UN and the Olympics

Sport has been recognized by the UN as an “important enabler” of sustainable development, and is included in the UN’s 2030 Agenda. The UN and the International Olympic Committee have worked closely together for several years, in recognition of the contribution that sport plays in development and peace.

The IOC was granted Permanent Observer status by the UN General Assembly in 2009, enabling the IOC to be directly involved in the UN Agenda and to attend UN General Assembly meetings where it can take the floor, thus providing the possibility to promote sport at a new level.

Photo caption and credit:
UN Photo/Evan Schneider
The UN and the Olympic flags are raised at headquarters shortly before the torch ceremony.