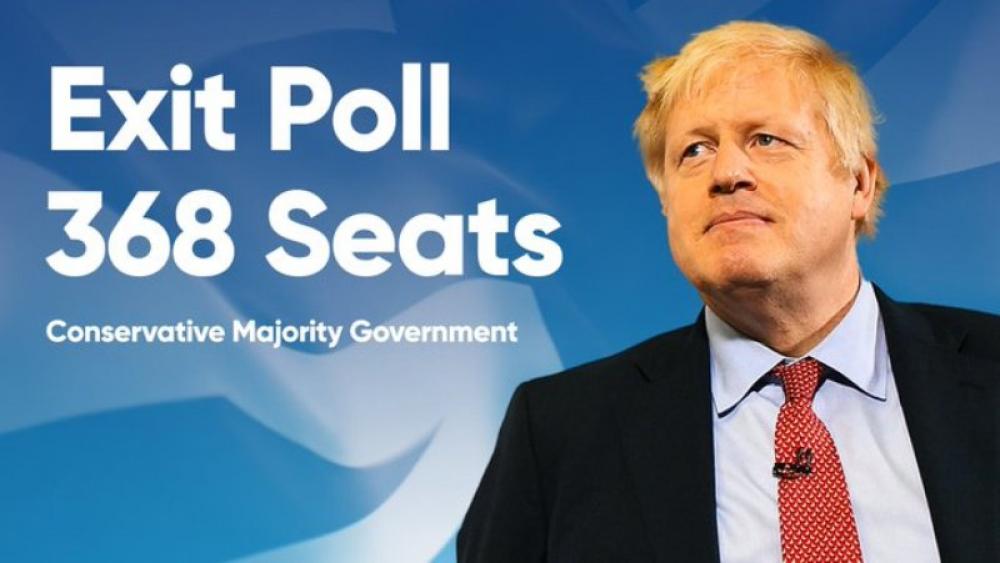 London: An exit poll conducted by BBC, ITV and Sky news broadcasters have predicted a comfortable victory for UK Conservative Party in the Thursday general polls in the nation.

The Conservatives can count on 368 out of 650 seats in the parliament, which is 51 seats more than in the parliament of the previous convocation, the exit poll conducted for the BBC, ITV and Sky News broadcasters said.

The UK Labour Party comes second with 191 mandates, thus losing 71 seats in the House of Commons. The Scottish National Party may get 55 seats, while the Liberal Democrats 13.

If the results of the exit poll are true, the Conservative party will be able to form the government alone.

The UK citizens cast ballots on Thursday in a crucial general election, with Brexit and the National Health Service at the top of their concerns.

The Telegraph in its final poll on Wednesday night had showed the election was "on a knife edge" between Conservative and Labour party.

"Despite both leaders facing criticism, Johnson’s "get Brexit done" message has appeared to be cutting through the noise, while Corbyn has struggled to break over 35 points in the polls," it had said in a report.

Thank you to everyone across our great country who voted, who volunteered, who stood as candidates. We live in the greatest democracy in the world. pic.twitter.com/1MuEMXqWHq

Following the exit poll predictions, Boris said: " Thank you to everyone across our great country who voted, who volunteered, who stood as candidates. We live in the greatest democracy in the world."