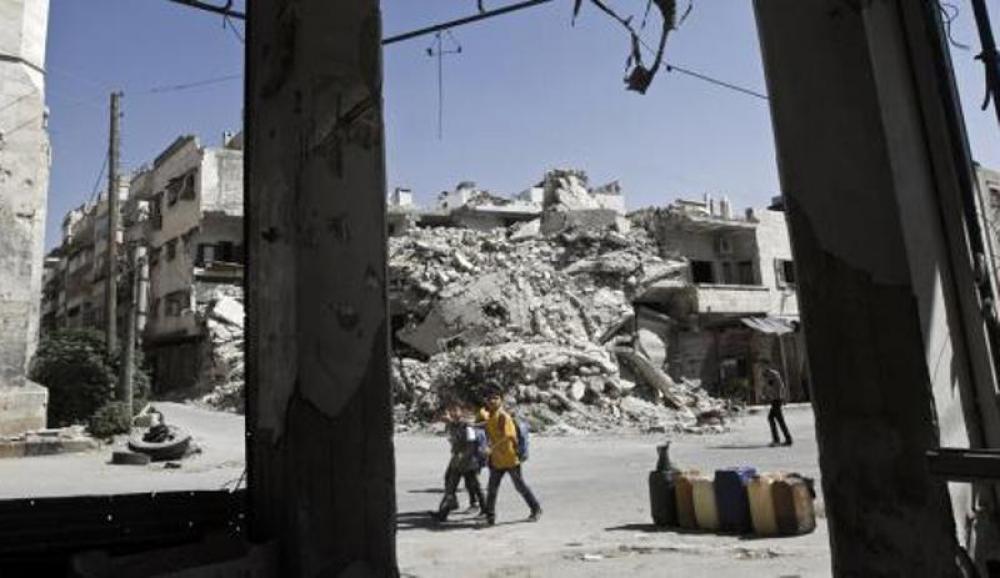 Damascus (Sputnik/UNI) The Syrian Foreign Ministry said on Saturday that the "fabricated" claims about the alleged use of chemical weapons by the country’s military were aimed at impeding the progress of its ongoing anti-terrorist operation.

On Tuesday, the US State Department claimed that Washington saw signs of an alleged chlorine attack in northwestern Syria last Sunday. Washington also issued another warning to the Syrian government, saying that if it used chemical weapons, the United States and its allies would produce a quick and appropriate response to these actions. While Damascus has denied the claims, the Russian Foreign Ministry insisted that the United States used information received from unreliable sources, including resources belonging to terrorist groups.


"There is nothing but another last-ditch attempt by western countries that obey to their master — the United States — to ease pressure on their terrorist slaves in Idlib. And it is an obviously pathetic attempt to delay the advance of the [Syrian] military in these regions," the statement, conveyed via a state-run TV broadcaster, read.


The statement continued by calling the US claims on a chemical attack in Syria "fabricated and having nothing to do with reality, " saying they threatened the Syrian government and its people.


The Foreign Ministry argued, however, that this information "noise" would not prevent the Syrian military from continuing its fight against terrorism and its efforts to purge the country’s soil from terrorists.


Notably, last week, the Russian Defense Ministry said that terrorists of the Nusra Front group (banned in Russia) were working on provocation in the northwestern Syrian Idlib province in a bid to frame the Russian military for the use of chemical weapons against civilians.