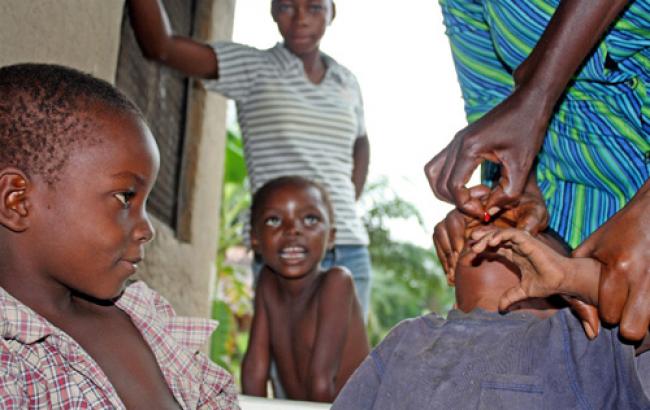 New York, Oct 12 (JEW): Alarmed by the immanent threat posed by the spread of polio through South Kordofan, the United Nations Security Council (UNSC) Friday called on the Sudanese Government to carry out a vaccination campaign immediately to stop the spread of the disease.

In a statement to the press, Council members expressed alarm and grave concern at the imminent threat of the spread of polio in Sudan’s South Kordofan province and the continuing outbreak of the disease in the Horn of Africa and in particular They called on the Sudanese Government and the militant group of the Sudan People’s Liberation Movement-North (SPLM-N) to urgently resolve differences over the technical plans necessary, including for safe passage, to implement the polio vaccination campaign as proposed by the Office for the Coordination of Humanitarian Affairs (OCHA), the UN Children’s Fund (UNICEF), and the World Health Organization (WHO) as soon as possible. The two-week vaccination campaign is scheduled to go forward in South Kordofan and Blue Nile on Nov 5. The members of the Security Council reiterated their support for the UN’s work in this regard and encouraged UN Secretary-General Ban Ki-moon to engage with both sides to ensure full vaccination in the coming weeks. Polio is a highly infectious disease caused by a virus that invades the nervous system and can cause total paralysis in a matter of hours.  The virus enters the body through the mouth and multiplies in the intestine. Initial symptoms are fever, fatigue, headache, vomiting, and stiffness in the neck and pain in the limbs.  One in 200 infections leads to irreversible paralysis and among those paralyzed, five to 10 per cent die when their breathing muscles become immobilized.