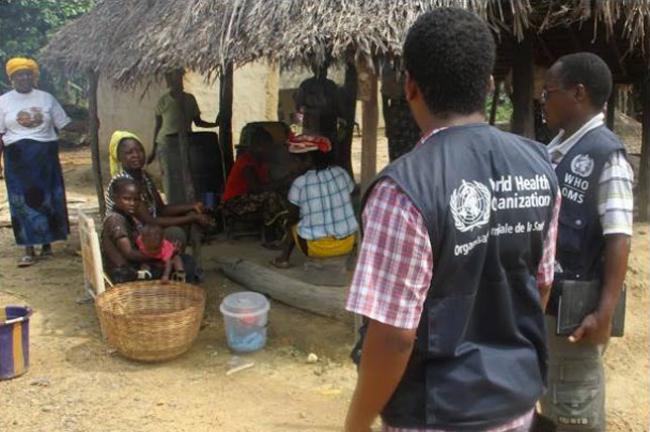 New York, May 13 (JEN): The World Health Organization (WHO) on Tuesday concluded a meeting on Ebola research and development to look at lessons learned from the outbreak and develop a roadmap for future epidemics so that “we can be better prepared, faster, and more effective” in the next global health emergency.

“If something like Ebola ever happens again, the world needs to be ready with a blueprint for an R&D (research and development) preparedness plan with clear rules, platforms for information sharing, established processes to expedite development and clinical trials – to activate coordinated action and limit the damage,” said Dr. Marie-Paule Kieny.

Dr. Marie-Paule Kieny is WHO Assistant Director-General for Health Systems and Innovation, told reporters on the outcome of the Summit on Ebola Research and Development.

The 11-12 May meeting in Geneva, Switzerland, took place as an independent panel of experts tasked to assess the UN global health agency’s response to the Ebola outbreak in West Africa.
It was concluded in a report that “at present, WHO does not have the operational capacity or culture to deliver a full emergency public health response” and urged investments by its member States to make it fit for purpose.

At the press conference today, Dr. Kieny said “Ebola is not the only epidemic-prone disease for which there are no medicines, vaccines or diagnostics. Nor is this the first time the world has been caught unprepared in the face of an epidemic.”

“With more frequent travel, globalized trade and greater interconnectedness between countries, disease outbreaks that once used to be localized and quickly extinguished now have a much greater chance of spreading more widely,” she said.
She added, “Therefore, we as a global community need to be prepared for such a possibility in the future.”

Dr. Kieny went on to say the Geneva meeting aimed “to come up with a new framework for R&D for diseases with epidemic potential and other health threats, so that next time we can be better prepared, faster, and more effective.”

WHO Director-General Dr. Margaret Chan, in the meeting’s opening remarks on Monday, said that the Ebola R&D effort has mobilized people, institutions and resources in ways never before seen in an “otherwise horrific human calamity” and noted that the world was “likely very close to having a vaccine that can protect against Ebola.”

Dr. Kieny elaborated on those remarks today, saying that “this joining of forces from all corners of the world and different sectors accelerating all actions – we now have commercial diagnostics to detect Ebola, and at least 2 possibly effective vaccines.
These results would normally have taken five to 10 years. All this was done in less than 10 months.”

“Even as Ebola wanes and some of the R&D efforts may not reach the goals aspired, the pioneering work done so far can be leveraged to put in place standards and best practices to improve expedited data and results sharing,” she said.