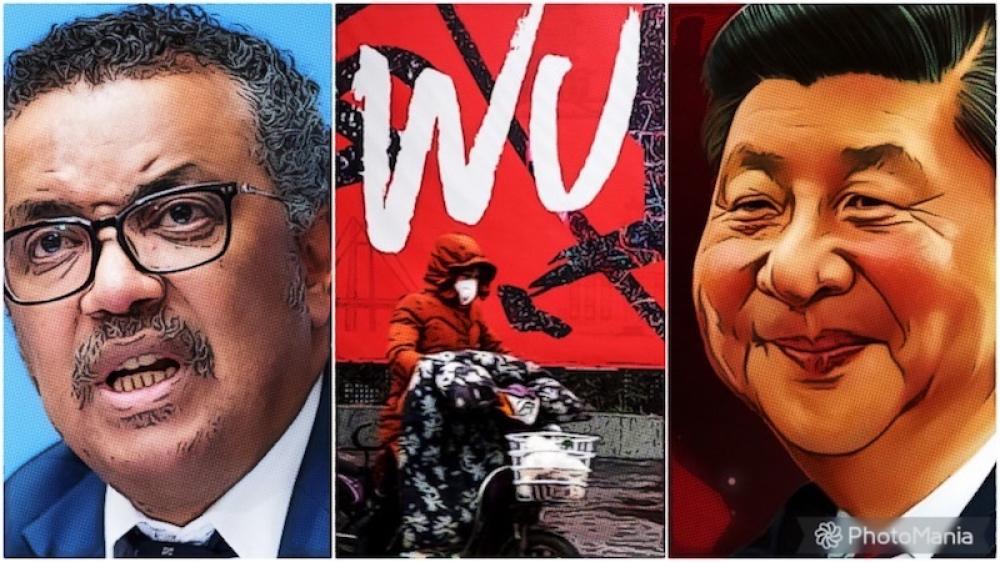 The World Health Organization (WHO), the UN arm responsible for international public health, has been called out by many over the way it handled the ongoing outbreak of the COVID 19 in its effort to shield China. A petition demanding the resignation of its chief Tedros Adhanom Ghebreyesus, who hails from Ethiopia, has now earned nearly a quarter of a million signatures, signalling a growing discontent against the man and his esteemed organisation which now faces an unprecedented credibility crisis.

WHO and its chief Tedros Adhanom Ghebreyesus have been alleged to have delayed the world from knowing about the onset of the deadly disease earlier this year when it had lauded China's efforts in tackling coronavirus, now called by the name, the Chinese Virus, across the world.

He allegedly gave a clean chit to China when the ground reality was much different as experts believe that WHO was late in alarming the world about the virus as it did not want to offend China.

No wonder, Tedros Adhanom Ghebreyesus was elected to the post after China backed him in the May 2017 election. 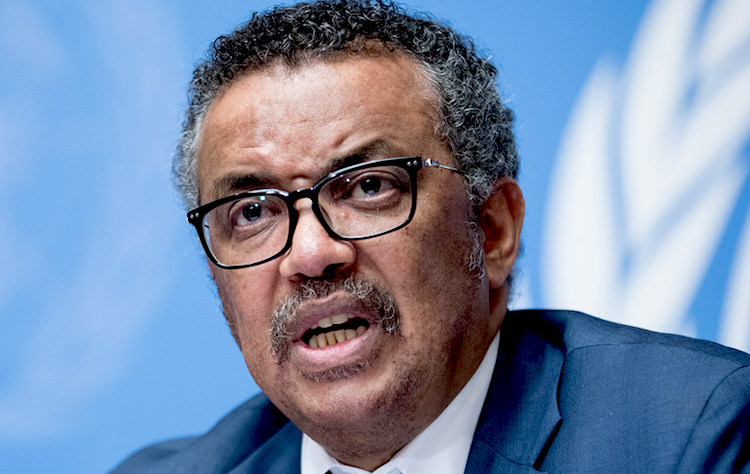 Critics have slammed the global body for its slow response in declaring the Coronavirus outbreak a pandemic and for failing to coordinate a coherent international response.

WHO had praised Beijing even as reports emerged earlier that China was trying to hide the crisis.

US-based online publication The National Interest, which specialises on foreign policy, writes: "Despite all evidence to the contrary, Chinese authorities are weaving a false counternarrative in which China was actually the victim of a foreign virus that it quickly moved to contain. And the WHO is helping them do it."

“China is actually setting a new standard for outbreak response,” WHO Director-General Tedros Adhanom Ghebreyesus was earlier quoted as saying by the media about China. He had made the remark after his trip to China.

A few days later, he told world leaders at a meeting at the Munich Security Conference that China's actions had "bought the world time", BBC reported.

His tweets on China look harmless apparently but they also expose his brazenness in covering up China, the creator of coronavirus.

For the first time, #China has reported no domestic #COVID19 cases yesterday. This is an amazing achievement, which gives us all reassurance that the #coronavirus can be beaten. https://t.co/py3Ka2cbLK

Such comments sit uneasily with the knowledge that China arrested health workers who first raised the alarm about the outbreak, reported the British media.

Ethiopian Tedros Adhanom Ghebreyesus, the first African head of the WHO, who took office two-and-a-half years ago, has earned much criticisms since then.

There have been criticisms that Tedros took much time in declaring COVID 19 a Public Health Emergencies of International Concern, or PHEICs.

"His strategy is to coax China to transparency and international co-operation rather than criticising the government," Lawrence Gostin, Professor of Global Health Law at Georgetown University, told BBC.

"I was one of the first to ask him to call a PHEIC," says Gostin. "Having said that, it was only a short delay and I don't think the timing had any impact on the trajectory of Covid-19." 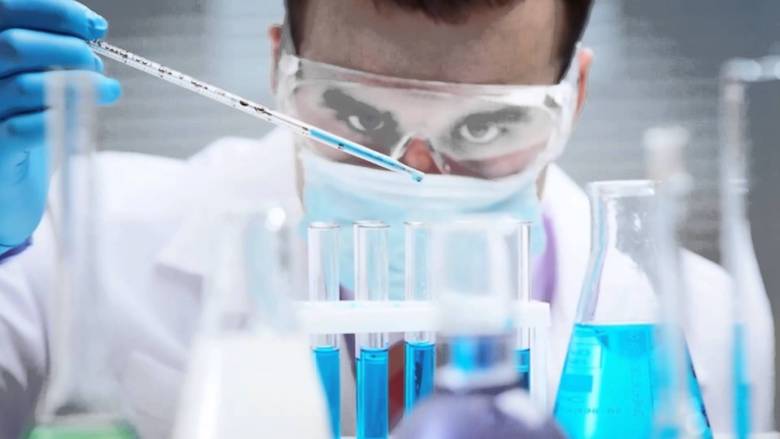 "I do worry quite a bit however that his effusive praise for China could in the long term tarnish the WHO's reputation as a trusted scientific authority willing to speak truth to power," the Professor told BBC.

The Council on Foreign Relations (CFR) also flayed WHO and its chief for his role in tackling the disease as well as guarding China from where the virus had initially originated late last year.

"In contrast to his effusive praise for China, Tedros has been quick to criticize other countries for their responses to the outbreak. He called upon nations not to limit travel with China and warned against the 'recrimination or politicization' of the outbreak. Domestic Chinese news coverage prominently features Tedros’ praise of Xi Jinping and criticism of foreign governments," says a blog post by research associate for Asia Studies at the CFR Michael Collins.

"More concerning is Tedros’ delay in declaring COVID-19 a public health emergency of international concern (PHEIC). On January 23, the WHO’s emergency committee was split on whether to declare a PHEIC. With final authority resting with the DG, Tedros decided to wait despite admitting that this is an emergency in China. A week later, he declared a PHEIC. By that point, confirmed cases of COVID-19 had increased tenfold with 7,781 cases across 18 countries," writes Collins.

According to Collins, China was also an important ally of Tedros in the WHO’s DG election in 2017. Months before the election, Tedros was invited to speak at Peking University where he called for stronger cooperation between China and the Global South on health issues.

"China’s support for Tedros paid off immediately. The day after his electoral victory, Tedros confirmed to Chinese state-media that he and the WHO will continue to support the “One China” principle, which recognizes the government in Beijing as the legitimate Chinese government. Three years later, Tedros’ enduring support of China’s response to COVID-19 shows that their early support for him is still paying dividends," Collins writes.

John Mackenzie, a member of the WHO executive committee, publicly stated that international action would have been different if not for China’s “reprehensible” obfuscation of outbreak's extent, reads the article. 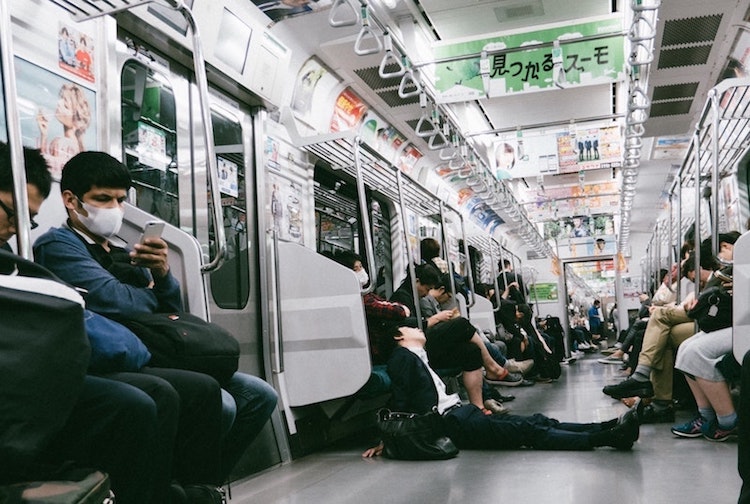 Speaking on the credibility and image of WHO, the blog post says: "The WHO’s weak response to China’s mishandling of the COVID-19 outbreak has laundered China’s image at the expense of the WHO’s credibility. The rate of infection in China appears to be declining, but the risk of a global pandemic is increasing. The time is ripe for clear leadership from the WHO based on science not politics."

Meanwhile, Japan also attacked Tedros for his alleged incapability in managing the outbreak of the disease.

Antoine Flahault, head of the Institute of Global Health at the University of Geneva, equally voiced his opinion against WHO, writing in The Lancet: "WHO remains surprisingly silent and absent in all of these pragmatic questions."

A petition demanding the resignation of the WHO chief has earned millions of signatures so far.

They have been voicing their dissatisfaction about Tedros Adhanom Ghebreyesus' handling of the Wuhan coronavirus outbreak.

On Jan. 31, a netizen named Osuka Yip had initiated a petition that was titled "Call for the resignation of Tedros Adhanom Ghebreyesus, WHO Director General" on Change.org. 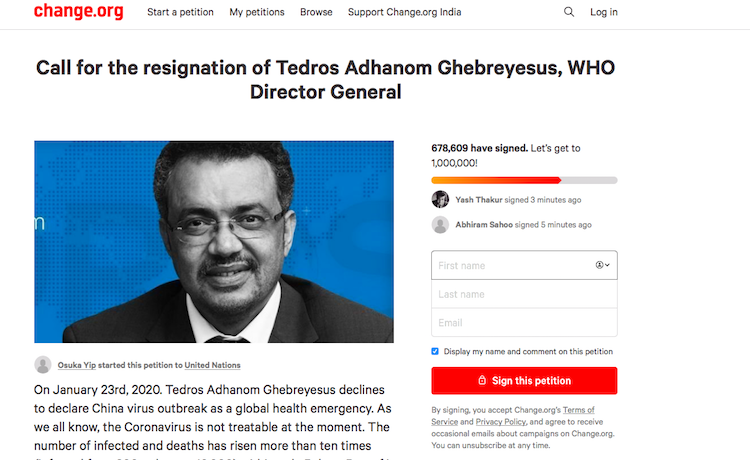 "A lot of us are really disappointed, we believe WHO is supposed to be political neutral. Without any investigation, Tedros Adhanom Ghebreyesus solely believes on the death and infected numbers that the Chinese government provided with them," read the petition.