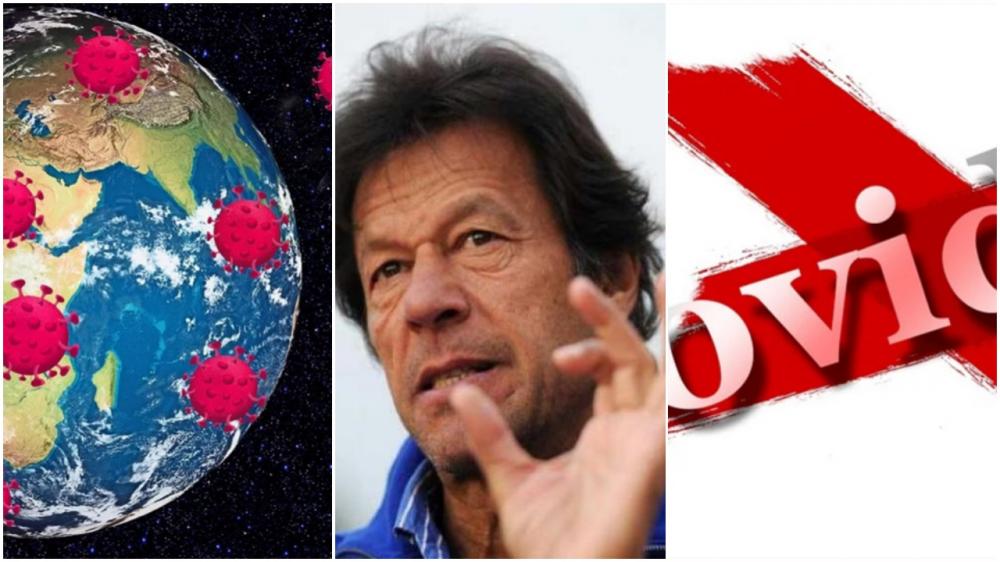 Islamabad: At a time when several countries, including neighboring India, have announced lock down to combat COVID 19, Pakistan PM Imran Khan seems to be still hesitant towards taking the move even as the number of Coronavirus infected cases in the nation crossed 1000 on Wednesday.

Khan, who is nearing to complete his two years tenure as PM, has urged the country's leaders to "discuss and reassess" their strategies in order to find a way to tackle the situation brought about by the coronavirus outbreak.

The PM was quoted as saying by Dawn News that imposing a national lockdown would be detrimental for the country's economy, adding that it was not possible to "rationally judge the repercussions of decisions taken out of fear and panic".

Pakistan has so far registered 8 deaths since the outbreak occurred in the country.

During a media interaction, PM Imran Khan on Tuesday explained that curfew, which is last stage of lockdown, would be counterproductive, particularly for poor, and country was already under partial lockdown.

Amid the rising number of cases country's opposition has called for the immediate lockdown to prevent further spread.

Meanwhile, the State Bank of Pakistan on Tuesday announced that it will cut interest rates from 12.5pc to 11pc.

This was a second rate cut in this month after the central bank slashed the rate from 13.25pc to 12.5pc last week, reports said.

The move is expected to hit the civilians in the nation which is already facing deep economic troubles and the COVID 19 outbreak has added more worries to the prevailing situation.

Unity with an all-weather ally:

Despite doubts that the spread in the nation might be linked to the Chinese workers working in Pakistan, the country will open border with China on Mar 27 over the issue of supply of medical equipments to the Gilgit-Baltistan (GB) government.

"The Pakistan-China border will be opened on March 27 for one day after Beijing decided to donate medical equipment to the Gilgit-Baltistan (GB) government on latter’s request for medical supplies," sources said.

Political leaders from Gilgit Baltistan in Pakistan have called for an immediate end to China's One Belt One Road (OBOR) initiative as they feel that it is a roadway which might destroy Gilgit and many other corners of the globe through the spread of coronavirus.

One Belt, One Road (OBOR), the ambitious Chinese catchphrase to rope in 78 countries in its dream connectivity project for the economic domination of the world, has now emerged as one growing tension as it might lead to the spread of COVID 19 infection in the regions where China is involved.

Owing to the presence of Chinese workers in large numbers working in China Pakistan Economic Corridor (CPEC) projects, it is feared that  Gilgit Baltistan will witness a severe turmoil in the upcoming days owing to the spread of the virus.

"The border between China and Gilgit Baltistan should be closed as the spread of coronavirus in the region is on increase," said Dr Amjad Mirza, a Pakistan occupied Kashmir political activist, was quoted as saying by ANI.

"So far more than 21 people are confirmed to be infected with coronavirus but the actual figure is much higher. No masks or sanitiser is available in Gilgit Baltistan," he said.

The people of Gilgit region have been opposing CPEC project since its launch by China and Pakistan.

They have been describing it as an exploitative project.

The presence of Chinese workers in Pakistan for the construction work under China-Pakistan-Economic-Corridor (CPEC) -- flagship project under the mega OBOR -- has triggered doubts of it being a possible cause behind the sudden surge in the number of COVID 19 infected cases in the country in the past few days.