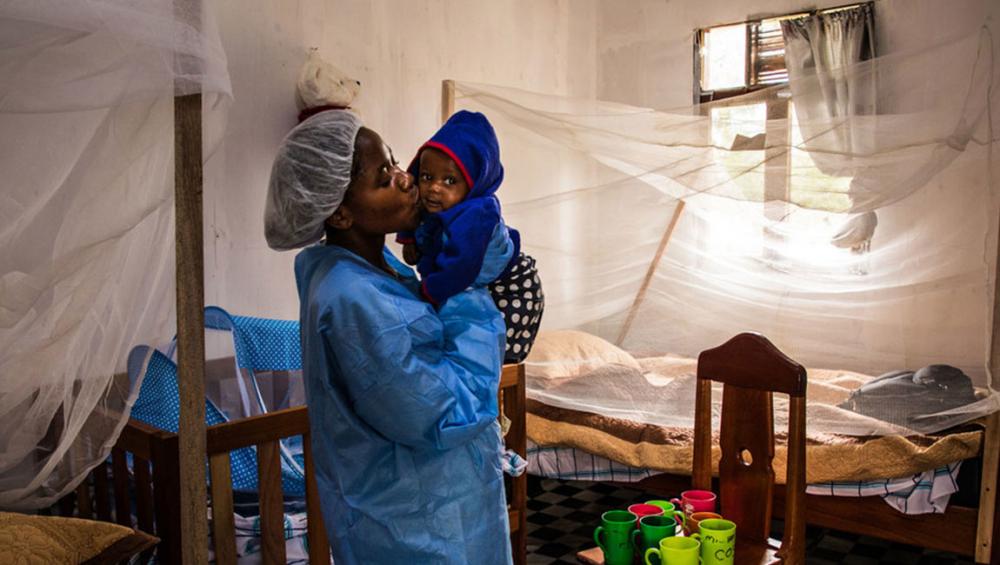 New York, July 17 (JEN): Ahead of a key expert meeting convened by the United Nations to decide whether to declare the ongoing Ebola outbreak in the Democratic Republic of the Congo (DRC) an international health emergency, the UN Children’s Fund UNICEF warned that the epidemic “is infecting more children” than earlier outbreaks.

Speaking in Geneva, UNICEF spokesperson Marixie Mercado said that “there have been 750 infections among children. This represents 31 per cent of total cases, compared with about 20 per cent in previous outbreaks…The latest data I have is that the case fatality ratio for that under-five group was 77 per cent.”

To date, there have been more than 2,500 cases of infection and nearly 1,670 people have died in the provinces of Ituri and North Kivu, according to WHO, making it the worst outbreak the country has ever faced and the second largest epidemic on record.

Highlighting the vulnerability of the very youngest children, Mercado added that of the 750 cases identified among youngsters, those under five years old represented 40 per cent of the total.

By her side, World Health Organization (WHO) spokesperson Fadela Chaib confirmed that an emergency meeting on the DRC Ebola virus disease outbreak will take place on Wednesday afternoon in Geneva.

Announced a day earlier by WHO Director-General Tedros Adhanom Ghebreyesus, the aim of the meeting is for DRC representatives, UN health experts and partners to decide whether the situation warrants declaring an international emergency, guided by International Health Regulations.

“They will talk about vaccinations, health workers, community engagement, epidemiological trends, the latest on survivors, you know, everything will be discussed,” Chaib said.

This is the fourth time the emergency panel will have met during the current outbreak, and it follows confirmation that the disease has been identified in Goma, a city of two million people that borders Rwanda.

Every month, an estimated 1,100 people cross the border into Rwanda, according to WHO.

Underscoring the significance of the emergency panel’s deliberations, Ms. Chaib noted that the Committee “would like to avoid putting a country in isolation…in a way that might impede the response”.

Regardless of the Committee’s decision, measures are already in place to prevent the transmission of Ebola from DRC across its vast borders.

“What we have for the neighbouring countries of DRC is preparedness plans, for nine countries around DRC,” Chaib said. “What we do is send teams to work with the national authorities, to check their stages of preparedness. For example, they will check if they have the ability to test Ebola cases in their laboratories.”

‘No shortage’ of vaccine that’s 97 per cent effective: WHO

At the same time, the WHO official confirmed the “97 per cent” efficacy of the Merck vaccine when it is administered to Ebola patients within 10 days of displaying signs of infection, adding that “we have not experienced any shortage of vaccines so far, during this outbreak”.

According to WHO’s Director-General on Monday, more than 161,000 people have received vaccinations, 140,000 contacts have been traced and 71 million travellers have been screened, at a cost of $250 million “and counting”.

UNICEF’s Ms. Mercado, when asked what more could be done to overcome the DRC outbreak, underscored the lack of basic services available to people, which left them ill-equipped to confront the disease.

‘Huge array of threats’ facing people in addition to Ebola

Those living in north-eastern DRC have to contend with “a huge array of threats”, she insisted, not least endemic malaria and measles, which have killed far more people than Ebola so far this year.

Cholera is also a particular threat to the thousands of children and families displaced into camps by violence linked to communal violence and numerous armed groups, she added.

“Health workers need to be equipped with the capacity and the resources to implement basic infection prevention and protection control, and that’s not happening enough, that’s one thing,” Mercado said. “We need to do more prevention at scale against all the other diseases that children are contending with: measles, malaria, cholera (and) their major nutritional problems.”