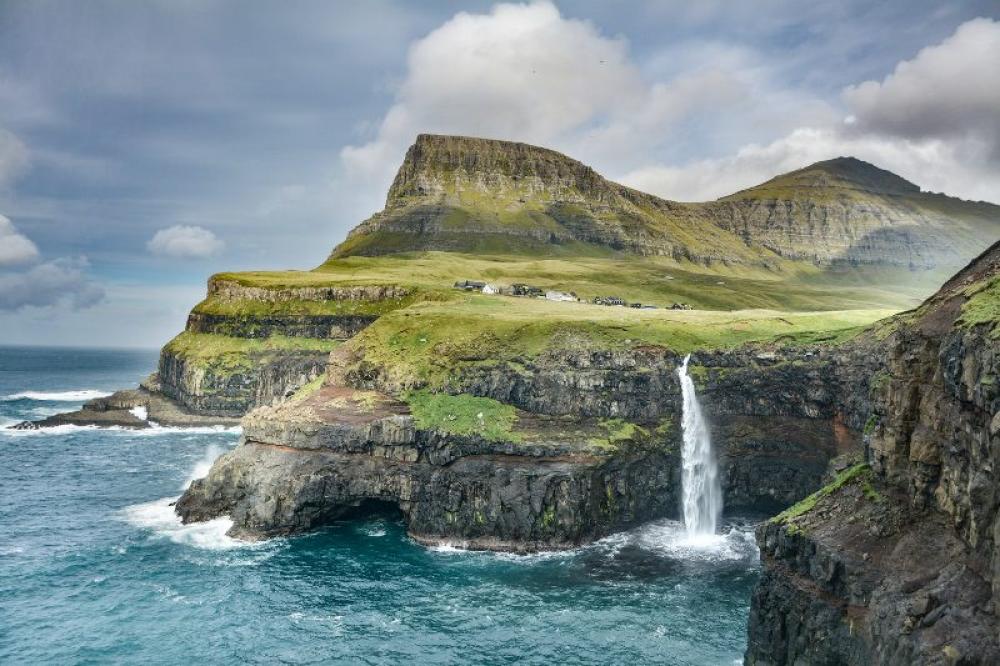 Co-chaired by Costa Rica, France and the United Kingdom, the High Ambition Coalition for Nature and People launched on January 11 at the One Planet Summit in Paris. Photo: Unsplash

Paris: As the natural world continues to disappear at an unprecedented rate, a group of over 50 countries—which (as of 10 January 2021) together harbour 30 percent of global terrestrial biodiversity (using vertebrates as a proxy) and a quarter of the world’s terrestrial carbon stores (biomass and soil), and 28 percent of ocean biodiversity priority areas and over a third of the ocean carbon stores—have announced their commitment to protect at least 30 percent of the globe’s land and ocean by 2030, and to champion an ambitious global deal to halt species loss and protect ecosystems that are vital to human health and economic security.

Their announcement kicks off what Costa Rica, France and the United Kingdom call an urgent year for action on biodiversity and the climate.

Launched on January 11 at the One Planet Summit for biodiversity, the High Ambition Coalition (HAC) for Nature and People, which is co-chaired by Costa Rica, France and the United Kingdom, brings together over 50 governments from across six continents aiming to secure a global agreement to protect at least 30 percent of the planet’s land and at least 30 percent of the planet's ocean by 2030 at the Convention on Biological Diversity COP15, which will be held this year in Kunming, China.

United Kingdom's Minister of State for Pacific and the Environment, Zac Goldsmith, said: “We know there is no pathway to tackling climate change that does not involve a massive increase in our efforts to protect and restore nature. So as co-host of the next Climate COP, the UK is absolutely committed to leading the global fight against biodiversity loss and we are proud to act as Co-Chair of the High Ambition Coalition.

“We have an enormous opportunity at this year’s Biodiversity Conference in China to forge an agreement to protect at least 30 percent of the world’s land and ocean by 2030. I am hopeful our joint ambition will curb the global decline of the natural environment, so vital to the survival of our planet.”

The Minister of Environment and Energy of Costa Rica, Andrea Meza, said: ''Protecting 30 percent of the planet will undoubtedly improve the quality of life of our citizens, and help us achieve a fair, decarbonized and resilient society. Healing and restoring nature is a key step towards human wellbeing, creating millions of quality green and blue jobs and fulfilling the 2030 agenda, particularly as part of our sustainable recovery efforts.

"We have a moral and pragmatic imperative to come together, to take strong decisions that will get us one step closer to halting biodiversity loss and achieving the Paris Agreement goals. I am very grateful for the support of over 50 members of the coalition and I am hopeful that more countries will join us in our efforts in the run up to COP15''

The Secretary of State for Biodiversity of France, Bérangère Abba, said: “The year 2021 is made of opportunities that we must seize, in order to keep promoting the 30 percent protection target and the High Ambition Coalition.”

The Minister of Climate and Sustainable Development of Colombia, Carlos Eduardo Correa Escaf, said: “Colombia strongly believes that this high level Coalition has the potential to mobilize relevant stakeholders to ensure that the Post-2020 Framework addresses effectively the direct and indirect drivers of biodiversity loss, by committing to the 30x30 target, implementing nature based solutions, achieving sustainable consumption and production patterns as well as ensuring effective means of implementation and monitoring and evaluation mechanisms”.

The Minister of Environment of Japan, Shinjiro Koizumi, said: “A thriving local community will provide not only solutions to biodiversity issues, but also resilience against intensifying natural disasters due to climate change and emerging infectious diseases. Thus, the Initiative would also adequately serve the purposes of this Coalition. Japan will continue to promote the Satoyama Initiative to address those issues based on the post-2020 Global Biodiversity Framework.”

Commissioner of the European Commission for Environment, Oceans and Fisheries, Virginijus Sinkevicius, said: ''Our life depends on nature and the planet's ecosystems. We urgently need to step up action to tackle the climate and biodiversity crisis. The European Union will continue to show high ambition to halt and reverse biodiversity loss, to lead by example and undertake all efforts for a transformative post-2020 global biodiversity framework at the upcoming 15th Conference of the Parties to the Convention on Biological Diversity.''

Honourable Jonathan Wilkinson, Minister of Environment and Climate Change, Government of Canada, said: ''The Government of Canada is conserving 30 percent of our lands and oceans by 2030, the equivalent of conserving a landmass larger than the European Union. We look forward to working with the High Ambition Coalition to achieve this important target globally and create a more equitable, nature positive, and carbon neutral future. By working together and welcoming more countries into the HAC, we are creating a healthier planet for nature and people alike.”

The natural world provides critical resources that sustain all life on Earth including human life — from the air we breathe and the water we drink, to the food we eat and the ecosystem services that counteract the damaging impacts of climate change.

But evidence shows that the ongoing and rapid loss of natural areas across the world poses a grave threat to the health and security of all living things. Scientists have documented that humans have severely altered 66 percent of our ocean and 75 percent of our land areas. The landmark 2019 IPBES’ Global Assessment Report on Biodiversity and Ecosystem Services found that about one million animal and plant species are now threatened with extinction, many within decades.

Researchers warn this loss of nature imperils our clean air and clean drinking water, the survival of wildlife, the prosperity of communities, and our ability to protect ourselves from the impacts of a changing climate. Once our natural world is gone, there is no way to recreate the $125 trillion in economic value that it provides us each year, and it’s clear our economies must change the way they do business.

Scientific evidence points to a way forward to prevent the mass extinction crisis, which entails the protection of, at a minimum, 30 percent of the planet by 2030.

Indigenous peoples and local communities are protectors of the most biodiverse sites in the world. To effectively and equitably meet this increased target, Indigenous People and Local Communities (IPLCs) should be engaged as partners in the design and management of these conserved areas, ensuring free, prior and informed consent and alignment with the UN Declaration on the Rights of Indigenous Peoples. The HAC for Nature and People has created a task force to address indigenous people and local communities' concerns and promote indigenous wisdom in the CBD negotiations. This task force has initiated a dialogue with the International Indigenous Forum on Biodiversity.

Additional studies have shown that marine protected areas could improve fisheries, recreation, natural hazard protection (Marinesque et al., 2012), as well as food security, with the potential to restore fish populations by over 600 percent, with positive spillover effects on commercial fishing as well.

This is the official, global launch of the HAC with over 50 countries, which has its origins in previous international meetings. In September 2019, at the 74th United Nations General Assembly, Costa Rica and a handful of other countries announced their intention to form a coalition for nature. The idea behind the HAC was officially introduced in the PreCOP25, held in Costa Rica in October 2019, by ministers from co-chairs Costa Rica and France and Ocean co-chair United Kingdom, along with Finland, Gabon and Grenada. In December 2019, Costa Rica and France hosted a pioneers meeting in Madrid at the UNFCCC COP25, where countries aligned on focus areas, structure and a roadmap and formally committed to the goals of the HAC for Nature and People.