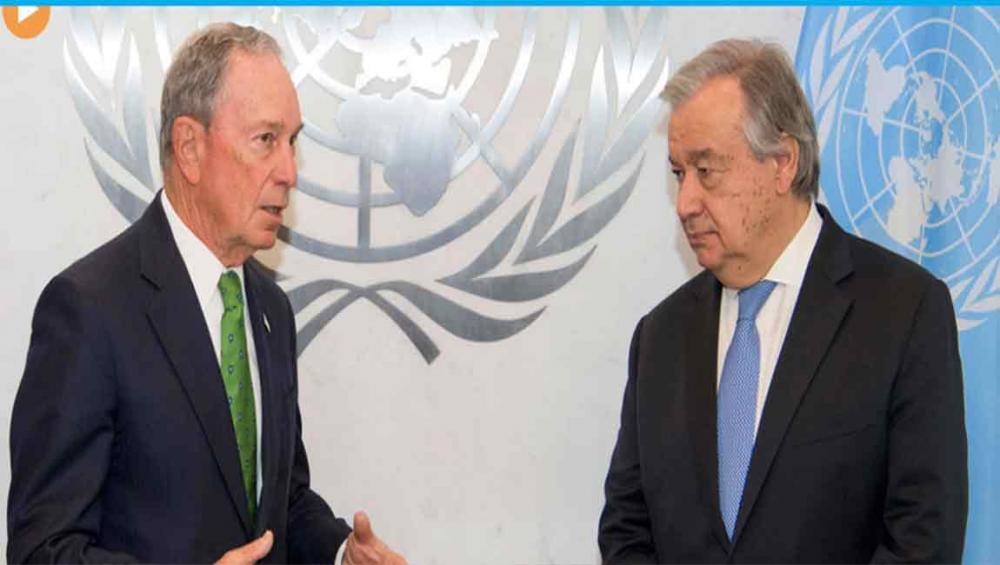 “We need that enhanced ambition in order to make sure that we reach the end of the century with an increase in temperature of about 1.5 and below 2 [degrees Celsius],” he added, referring to the central aim of the three-year-old Paris Accord, which set the stage for all countries to take ambitious efforts to combat climate change and adapt to its effects, with enhanced support to assist developing countries to do so.

According the UN chief’s spokesperson, Bloomberg – who earlier served as the UN Special Envoy on Cities and Climate Change – will support the Secretary-General’s climate strategy and efforts toward the planned 2019 Climate Summit at UN Headquarters, which seeks to mobilize stronger and more ambitious action towards 2020 climate targets.

The Special Envoy will leverage efforts in key areas of the Climate Summit to encourage rapid and enhanced implementation of the Paris Agreement in the context of sustainable development.

The note further stated that Secretary-General will be engaging and inviting leaders from Governments, businesses, finance and civil society organizations with a view to bending the emissions curve by 2020 and accelerating the implementation of the Paris Agreement.

“The Secretary-General and Bloomberg share the perspective that the emissions gap needs to be closed soon to limit global temperature increase to below 2 degrees Celsius. Climate Action, including those by cities and sub-national actors, play an essential role in driving ambition on climate change,” it added.

In addition to having served as the former UN Special Envoy on Cities and Climate Change, Bloomberg was appointed by the Chair of the Financial Stability Board Task Force on Climate-related Financial Disclosures.

The Task Force – which has finished its work – has developed voluntary, climate-related financial disclosures for use by companies in providing information to lenders, insurers, investors and other stakeholders.

From 2002-2013, Bloomberg served as the 108th Mayor of the City of New York. He began his career in 1966 at Salomon Brothers, and launched the financial news and information company Bloomberg LP in 1981.