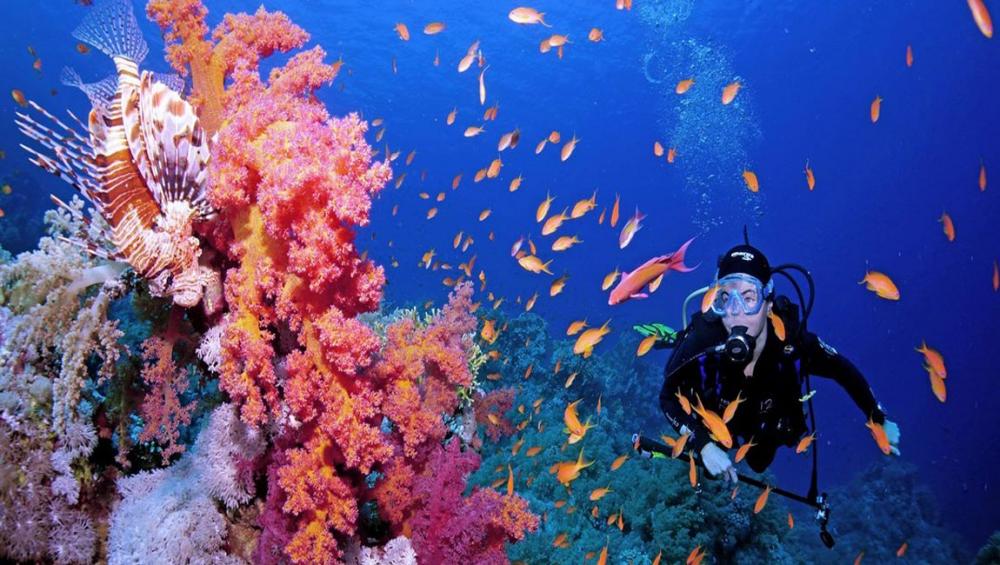 New York,: Sounding the alarm about the urgent need to protect coral reefs from extinction within decades, a new coalition of organizations, including the United Nations Environment Programme (UNEP), was launched on Wednesday in Egypt during the UN Biodiversity Conference, to galvanize global leadership before it is too late.

“It’s clear to anyone who puts their head below the waves that the fate of the world’s coral reefs is hanging in the balance,” said UNEP chief Erik Solheim. “At the moment these undersea explosions of colour and life face an extremely bleak future.”

Coral reefs provide food and livelihoods for hundreds of millions of people around the world, support more than a quarter of all marine life, and protect communities and coastlines from natural disasters — and if urgent action is not taken, they could be lost forever.

Eight international organisations have joined forces to advocate for decisive action to protect these natural wonders: UNEP, the International Coral Reef Initiative, the World Wildlife Fund, the Nature Conservancy, the Wildlife Conservation Society, Vulcan Inc., the Ocean Agency, and the Secretariat of the UN Convention on Biological Diversity (CBD).

“The expectations for this coalition could not be higher. Coral reef protection must become a global priority. Coral reefs need a better deal,” said Mr. Solheim, who unveiled the new partnership in the Egyptian coastal resort of Sharm El Sheikh. Dozens of ministers whose countries are party to the CBD are gathering there, together with experts and representatives of civil society organisations, to start a two-year process to adopt a global framework for protecting biodiversity, including coral reefs, around the world.

The conference, which opened on Tuesday and will continue until 29 November, is a platform for decision-makers from more than 190 countries to make commitments and step up efforts to halt the biodiversity loss and protect the ecosystems that support health, and food and water security for billions of people worldwide.

In addition, governments, private companies, NGOs and inter-governmental organizations; indigenous peoples and local communities; youth and civil society; are expected to make pledges in support of the Strategic Plan for Biodiversity 2011-2020.

The latest report by the Intergovernmental Panel on Climate Change (IPCC) published in October 2018 warns that, even if we collectively manage to stabilize global surface temperatures to 1.5°C above pre-industrial levels, 70 to 90 per cent of coral reefs will be lost by the middle of this century. Continued failure to take action on climate change will result in even greater losses, the report warns.

However, climate change is not the only major threat that reefs face. Over-fishing, pollution and coastal development have all caused major coral loss over the last 30 years. Reducing those threats can help recover the most resilient reefs after impacts – such as bleaching events, caused by above-average sea water temperatures due to global warming.

“I am delighted to see that the issue of coral reefs is receiving the attention it deserves. We are now approaching the 2020 horizon and need to sharpen the focus on strategies for effective coral reef conservation and to support people who depend on them,” said Prince Albert II of Monaco.

“The International Coral Reef Initiative General Meeting, which I will be hosting in Monaco this December, will be an important step and my wish is that it will lead to the adoption of a practical, effective, ambitious and realistic program of action,” he added.