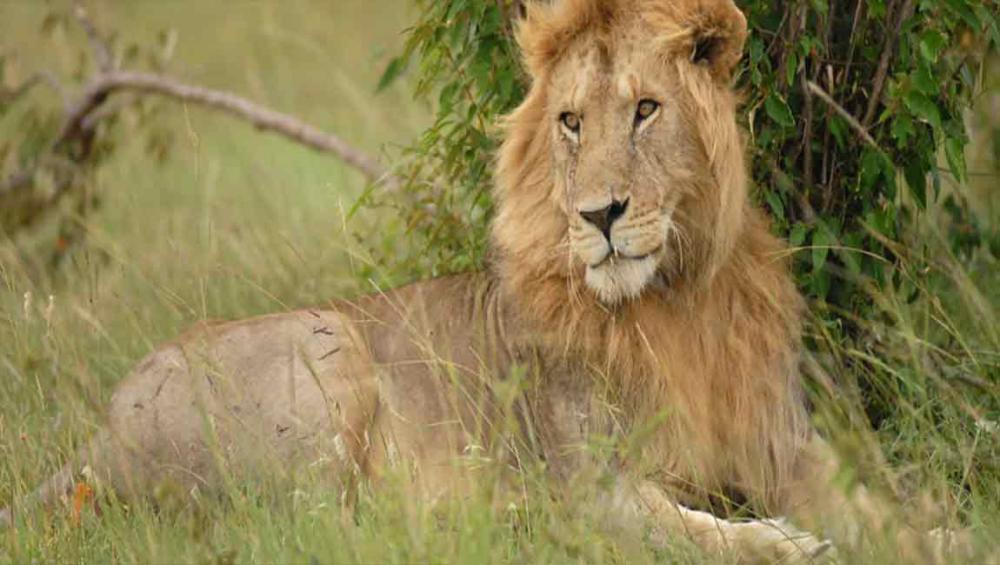 New York: Big cats, the planet’s most majestic predators, are under increasing threat – mostly caused by human activities – and this year’s World Wildlife Day, the United Nations is joining the world in raising awareness to their plight and galvanizing support for the many actions already under way to safe these iconic species.

“This year,” United Nations Secretary-General António Guterres said in his message on the Day, “the spotlight falls on the world’s big cats,” which include species such as cheetahs, pumas and snow leopards, found from Africa to Asia and the Americas.

“These charismatic creatures are universally revered for their grace and power, yet they are increasingly in danger of extinction,” he continued, noting the massive decline in their numbers.

Just over a century ago, some 100,000 wild tigers roamed Asia, while fewer than 4,000 remain today. All the big cats are collectively under threat from habitat loss, climate change, poaching, illicit trafficking, and human-wildlife conflict.

“We are the cause of their decline, so we can also be their salvation,” Mr. Guterres asserted. “The Sustainable Development Goals (SDGs) include specific targets to end the poaching and illegal trafficking of protected species of wild fauna and flora.”

“Ultimately, the solution to saving big cats and other threatened and endangered species is conservation policy based on sound science and the rule of law,” noted the UN chief, adding the need that local people be given full consideration.

“When local communities and economies benefit from wildlife conservation, strategies are much more likely to succeed,” he elaborated.

By protecting big cats we also protect the landscapes they inhabit and the life they harbour, “it is a gateway to protecting entire ecosystems that are crucial to our planet’s health,” Guterres pointed out.

“Wildlife conservation is a shared responsibility,” he concluded, calling on people around the world to “help raise awareness and to take personal action to help ensure the survival of the world’s big cats and all its precious and fragile biological diversity.”

In his message, Yury Fedotov, the Executive Director of the UN Office on Drugs and Crime (UNODC), said that while “the cheetah is the world's fastest land animal […] like other big cat species, it cannot outrun the threat of extinction.”

Mr. Fedotov maintained that this year’s theme: ‘Big cats: predators under threat,’ is bringing much-needed attention to the urgent challenges faced by these majestic animals.

“Across the world, lions, tigers, leopards and jaguars, as well as many other big cat species, are under pressure due to poaching, lost habitats and disappearing prey,” he detailed.

UNODC is working to help countries criminalize wildlife poaching and trafficking as a means of protecting animals, including big cat species, and halting their tragic disappearance into history.

“Our collective roar of defiance must be aimed at the poachers, traffickers and all those who would destroy our natural heritage. We must not let them succeed,” he exhorted.

Fedotov wrapped up his message calling on everyone to “work with the international community to stop wildlife crime and prevent the world's big cat species from sliding into extinction,”

At an event at UN Headquarters in New York on Friday, co-organized by the Permanent Missions of Gabon, Germany, Kyrgyzstan and Thailand, and UNDP, the Convention on International Trade in Endangered Species (CITES), the UN Environment Programme (UNEP,) UNODC, African Parks, Panthera, WCS and WWF, Deputy Secretary-General Amina Mohammed explained that SDG 15 highlights actions to reverse the loss of biodiversity across all regions.

"Biodiversity is disappearing at a thousand times the natural rate,” lamented Mohammed, saying that the varied causes are all linked to the 17 SDGs of the 2030 Agenda.

She observed that in many cases poverty, hunger and biodiversity loss are intrinsically connected.
“Protecting ecosystems and ensuring access to ecosystem services by poor and vulnerable groups are therefore essential to eradicating extreme poverty and hunger,” he underscored.

Calling conservation, restoration and sustainable use of biological diversity “an effective anti-poverty strategy,” Mohammed emphasized the need to better maintain the natural resources on which billions of people depend – especially the world’s rural poor.

“We must work resolutely to improve biodiversity conservation and to eliminate the associated mismanagement, illicit trade, corruption and trafficking,” she said.

“They say cats have nine lives.  Our big cats are on at least number eight,” she held sway, highlighting the need for a new paradigm to conserve and sustainably manage their habitats, one that “acknowledges that economic growth is not in direct conflict with conservation.”

Indicating that wildlife conservation is a shared responsibility in which consumers, communities, policy-makers and businesses all have a role to play, she urged people all around the world to help raise awareness.

“Let us act together to help ensure the survival of the world’s big cats and all of our planet’s precious and fragile biological diversity,” concluded  Mohammed.