Economy
Got a new Brexit deal, says Boris Johnson but his ally DUP does not support it 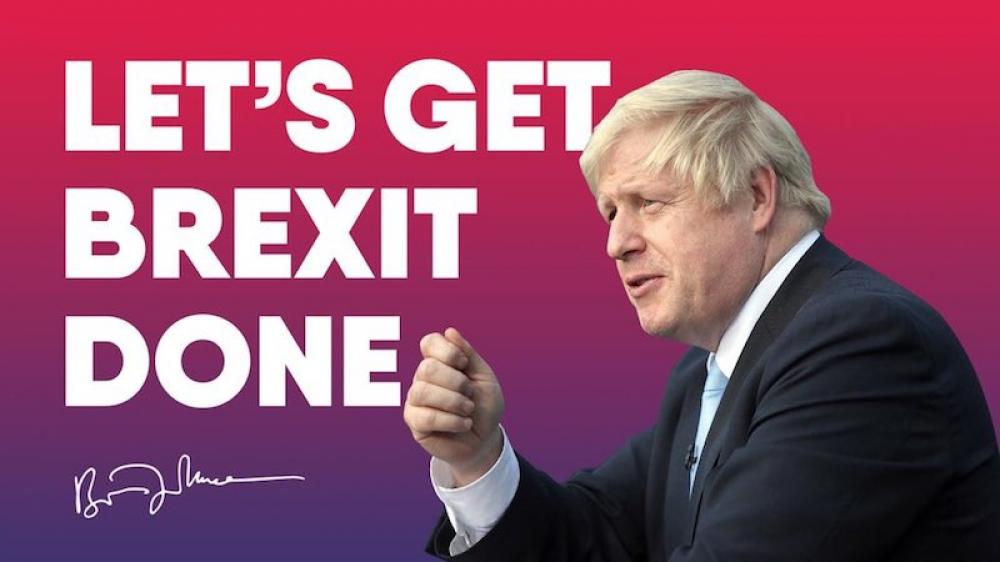 London/Brussels: British Prime Minister Boris Johnson informed a Brexit deal has been struck between the United Kingdom (UK) and European Union (EU) as the talks were going on in Brussels. However, the Northern Irish Democratic Unionist Party (DUP), who are concerned over the Brexit deal cutting off Northern Ireland  from Britain in customs and regulatory terms, said they continued to oppose it.

"We’ve got a great new deal that takes back control — now Parliament should get Brexit done on Saturday so we can move on to other priorities like the cost of living, the NHS, violent crime and our environment," Johnson tweeted.

The agreement will still have to be approved by the European and UK parliaments.

We’ve got a great new deal that takes back control — now Parliament should get Brexit done on Saturday so we can move on to other priorities like the cost of living, the NHS, violent crime and our environment #GetBrexitDone #TakeBackControl

Johnson had long made it clear that he will take his country out of the EU on Oct 31 with or without a deal, and he will not ask Brussels for "another pointless delay" of Brexit.

Both Jean-Claude and Johnson have urged the parliament to approve the agreement.

Northern Ireland's Democratic Unionist Party, which shores up the Johnson government, in a statement posted on Twitter said: "As things stand, we could not support what is being suggested on customs and consent issues, and there is a lack of clarity on VAT (value-added tax)."

"We will continue to work with the government to try and get a sensible deal that works for Northern Ireland and protects the economic and constitutional integrity of the United Kingdom," it said.

Brexit, a portmanteau of "British" and "exit", is the scheduled withdrawal of the United Kingdom (UK) from the European Union (EU).

Following a June 2016 referendum, in which 51.9% of participating voters voted to leave, the UK government formally announced the country's withdrawal in March 2017, starting a two-year process that was due to conclude with the UK withdrawing on 29 March 2019.

The supporters of Brexit feel that the membership in the EU threatens sovereignty and stifles growth, while opponents counter that EU membership strengthens trade, investment, and the UK’s standing in the world, according to the international think tank Council on Foreign Relations (CFR).

As the UK parliament thrice voted against the negotiated withdrawal agreement, that deadline has been extended twice, and is currently 31 October 2019.

According to Council on Foreign Relations, the victory of the Leave campaign in the June 2016 referendum on the UK’s future in the bloc led to the resignation of Prime Minister David Cameron. Under his successor, Prime Minister Theresa May, the UK has spent years trying to negotiate a new relationship with the EU.

With British leaders now committing to leave the EU single market by October 2019, the country could face the loss of preferential access to its largest trading partner, the disruption of its large financial sector, and even the breakup of the UK itself, it says.

Meanwhile, some fear the Brexit process could accelerate nationalist movements from Scotland to Hungary, which would have unpredictable consequences for the EU, according to CFR.