Geopolitics
Governance/Geopolitics
Pakistan one of the most dangerous nations in the world: US President Joe Biden 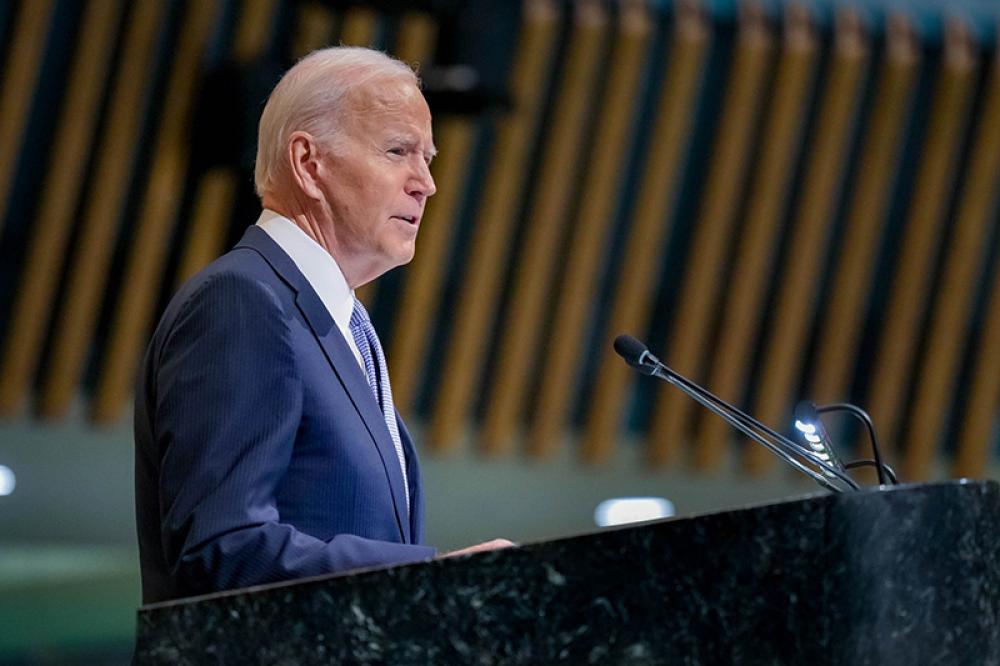 Washington: US President Joe Biden has called Pakistan one of the most dangerous nations in the world.

Biden was speaking at a Democratic congressional campaign committee reception Thursday, when his comment on Pakistan was made, a transcript of the address, published on the White House’s website, quoted Biden as saying, “… And what I think is maybe one of the most dangerous nations in the world: Pakistan. Nuclear weapons without any cohesion.”

There was a lot at stake, Biden said, emphasising that the US had the capacity to lead the world to a place it had never been before.

He asserted "The world is changing rapidly, so much so that it is beyond control, not because of any one single individual or one nation though,"

“Did any of you ever think you’d have a Russian leader, since the Cuban Missile Crisis, threatening the use of tactical nuclear weapons that would — could only kill three, four thousand people and be limited to make a point?

Talking about his Chinese counterpart Xi Jinping, the US president termed him as a man who knew what he wanted but had an “enormous” array of problems.

He said this while talking about the Russia's invasion of Ukraine and its impact on the world as well as US' relationship with other countries.

He also pondered on America's equation with Pakistan and China.

On Pakistan, Biden said “maybe one of the most dangerous nations in the world: Pakistan." He explained his comments adding, "Nuclear weapons without any cohesion.”

Reflecting on his relationship with China, Biden said his predecessor Barack Obama had assigned him the task of engaging with Xi Jinping.

“I’ve spent more time with Xi Jinping than any person in — any head of state in America — (or) in the world. I spent over — they keep count of it — 78 hours’ worth.

"Of that, 68 were in person, over the last 10 years, because Barack knew that he couldn’t be dealing with a Vice President. And so, he assigned me," the US President said.

“This is a guy who understands what he wants but has an enormous, enormous array of problems,” Biden said about Xi.

The US President said Vladimir Putin's aim was to split the North Atlantic Treaty Organization (NATO).

His comments came a day ahead of Putin's who at an Astana event said he had no wish of engaging with Biden.