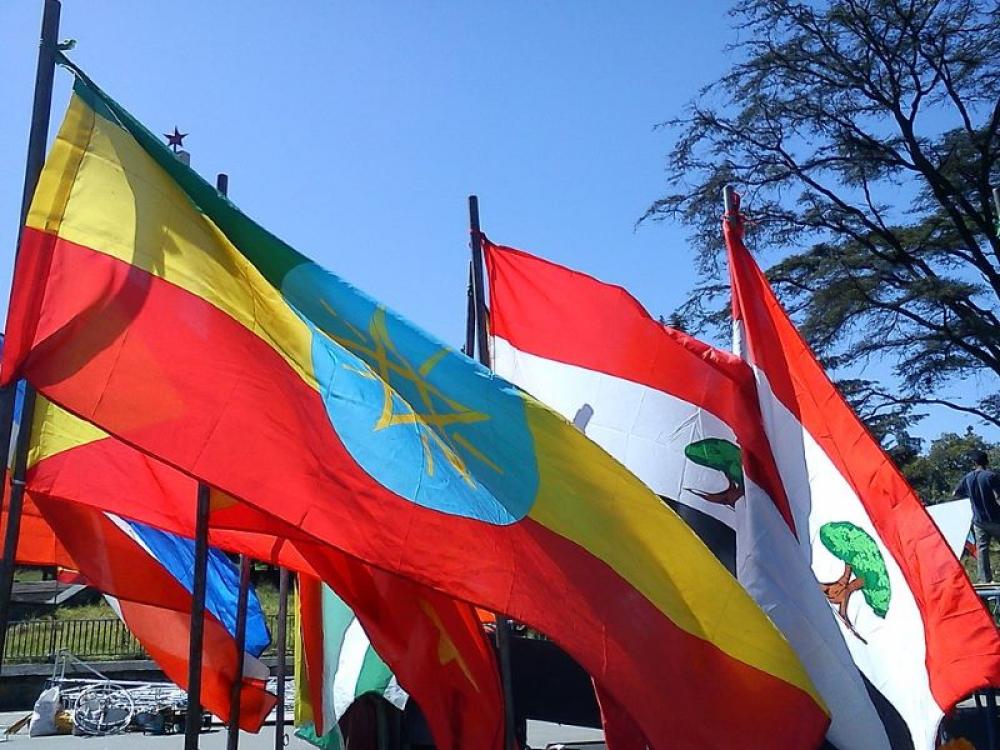 Ethiopia voted on Monday amid an ongoing conflict, raging humanitarian crisis in northern Tigray region, jailed opposition and many failing to make it to the the polls booths, said media reports.

This is Ethiopia's first multi-party election in 16 years though it is being described as controversial due to the prevailing conditions.

Media reported that counting of ballot papers is still going on in what is being seen as the first electoral test for Prime Minister Abiy Ahmed.

An Al Jazeera report said 37 million voters of Ethiopia’s about 110 million people have registered to exercise their franchise in the Monday elections.

A total of 46 parties have fielded more than 9,000 candidates for the parliamentary elections of Africa's second most populous country, which is a record, according to its National Election Board of Ethiopia (NEBE), said the report.

Preliminary results of the polls are expected to come within five days, and final results within two weeks, it said.

In most of the polling stations across the country Abiy’s Prosperity Party is leading, while the opposition is making headways in areas like the capital and towns in other parts of the country, Al Jazeera reported Tuesday.

The elections were postponed twice, first time in March for 10 months due to Covid 19 pandemic and second time to June, 2021due to logistical reasons, including delays in voter registration and unavailability of electoral officials.

Election postponement due to Covid-19 was opposed by the political opposition, who accused Prime Minister Abiy of using the pandemic as an excuse to illegally extend its time in office.

Apart from Tigray, which remains embroiled in armed conflict between the federal government and TPLF, voting has been delayed in 110 out of 547 constituencies.

Most of the areas have been deemed too insecure for voting as they witness armed campaigns and ethnic violence that has allegedly gone worse under Abiy with regions fighting for more freedom.

In other areas, the poll body was not ready to conduct the elections, with printing errors on ballot paper and other logistical issues, said the Al Jazeera report.

In the current situation, the government has decided on a second phase of voting on September 6 to allow people in several constituencies not taking part in the first phase.

The September 6 voting will not take place in Tigray as the government has not announced any date for the region.

In April 2018, Hailemarian Desalgen renounced the chairmanship of the ruling coalition, after which Abiy succeeded to the top position.

He is the first Oromo to lead Ethiopia. Before him, the Oromo had never occupied any prominent position in the government, leading to anti-government protests over several years. This had forced Desalgen to step down and make way for Abiy.

After Abiy's rise to the helm, he introduced sweeping reforms. Within months he released thousands of political prisoners and allowed the return of opposition groups who had been exiled. He also introduced economic reforms, removed strict control over parts of Ethiopia's markets and created a stock exchange.

They alleged that the prime minister was centralising power at the expense of ethnically-based regions, which Abiy denied.

For a long time, Ethiopia has been divided on political and ethnic lines.

However, the fighting is estimated to have killed thousands of people and more than two million have been displaced, according to the Al Jazeera report.

Humanitarian agencies also warned that nearly 350000 people are on the brink of famine, the report stated.

The crisis has been termed as man made by several diplomats while the federal government has been accused of forced starvation.

However the government has denied the charges and said 5.2 million people have been given food 8 in the region inhabited by 6 million.

As the fighting continues, it means that the 38 constituencies in Tigray will not go to polls.

Abiy's claim that Ethiopia will for the first time witness free and fair elections has been rejected by several people, political analysts and opposition of the country.

Nearly 50 parties are in the fray for the parliamentary seats. PP leads them with 2432 candidates followed by Ethiopian Citizens for Social Justice (ECSJ) which has 1,385 candidates, said the report.

However, several parties, including Oromo Liberation Front (OLF) and Oromo Federalist Congress, are boycotting the polls, to protest the jailing of their leaders and concerns over the fairness of the election.

Many top OFC members are incarcerated following the killing of a popular Oromo musician while the OLF's leader is under house arrest.
Another leader Eskinder Nega of Balderas Party for True Democracy is contesting the elections from prison.

Meanwhile, there have been allegations of killings, attempted killings, and beatings of candidates during election campaigns outside capital Addis Ababa by five opposition parties, who raised their concerns in a joint statement on Sunday.

The European Union has said it would not observe the election after its offer for importing communication equipment was rejected.

Ethiopia maintained that external observers were not necessary to prove the legitimacy of the polls, but later allowed observers deployed by the African Union.

Last week, the United States State Department said it is “gravely concerned about the environment under which these upcoming elections are to be held”, citing “detention of opposition politicians, harassment of independent media, partisan activities by local and regional governments, and the many interethnic and inter-communal conflicts across Ethiopia”, media reported.

Al Jazeera reported that opposition observers were kicked out of polling stations in two of the regions that voted.