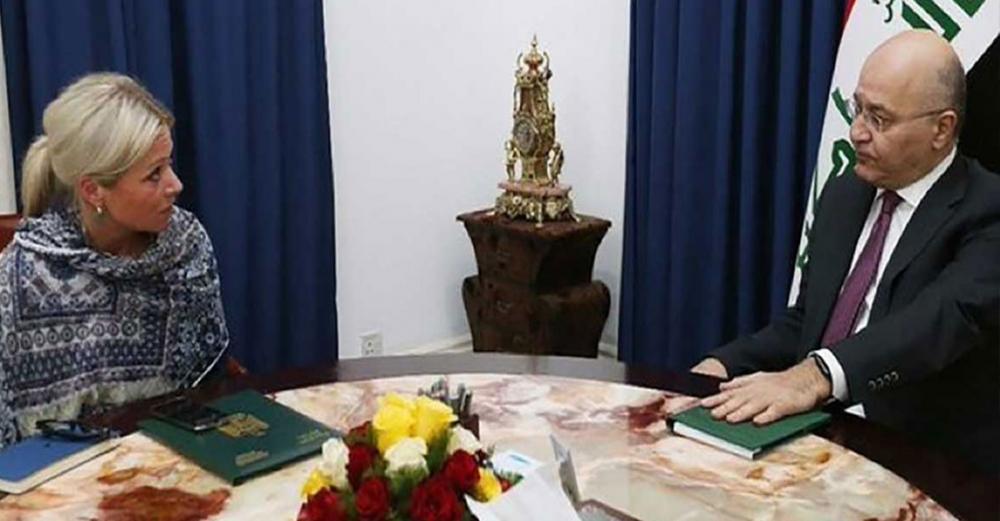 New York : While the COVID-19 pandemic has compounded the political, security, social and economic crises roiling Iraq, the top UN official in the country hopes it will spur leaders to put aside their differences and unite for the common good.

Jeanine Hennis-Plasschaert, the UN Secretary-General’s Special Representative for the country, issued a message on Thursday in which she also urged citizens to support Government efforts to halt further spread of the disease.

“The people of Iraq have overcome such hardship in the past that I am confident they can weather this storm with solidarity and resolve. It is my sincere hope that political leaders will at long last recognize the urgency of the situation and come together in a spirit of national unity”, she said.

Earlier this week, UN chief António Guterres called for an immediate global ceasefire to focus on the pandemic, describing it as “the true fight of our lives”.

Said Hennis-Plasschaert: “Surely at a time like this, partisanship and narrow interests must yield to the greater national cause and the good of the Iraqi people”.

Iraq has recorded 346 cases of COVID-19 and 29 deaths, according to latest data from the World Health Organization (WHO), published on Tuesday.

The UN health agency has recommended basic protective measures to ward against being infected, such as frequent handwashing, social distancing and, where necessary, self-isolation.

Prominent clerics and other officials in Iraq also have been urging people not to gather in large numbers, which increases risk of spreading the new coronavirus.

While these measures can have an impact on economic and emotional well-being, Hennis-Plasschaert recalled that “we are all in this together”.

The UN official commended the Iraqi authorities for their “tireless work” in combatting the disease, but she cautioned that “no amount of government action can succeed without the active involvement of the entire population”.

Hennis-Plasschaert said everyone has an essential role to play in this fight, adding that “the way each and every one of us manages this moment will determine how soon we can begin to return to normal”.